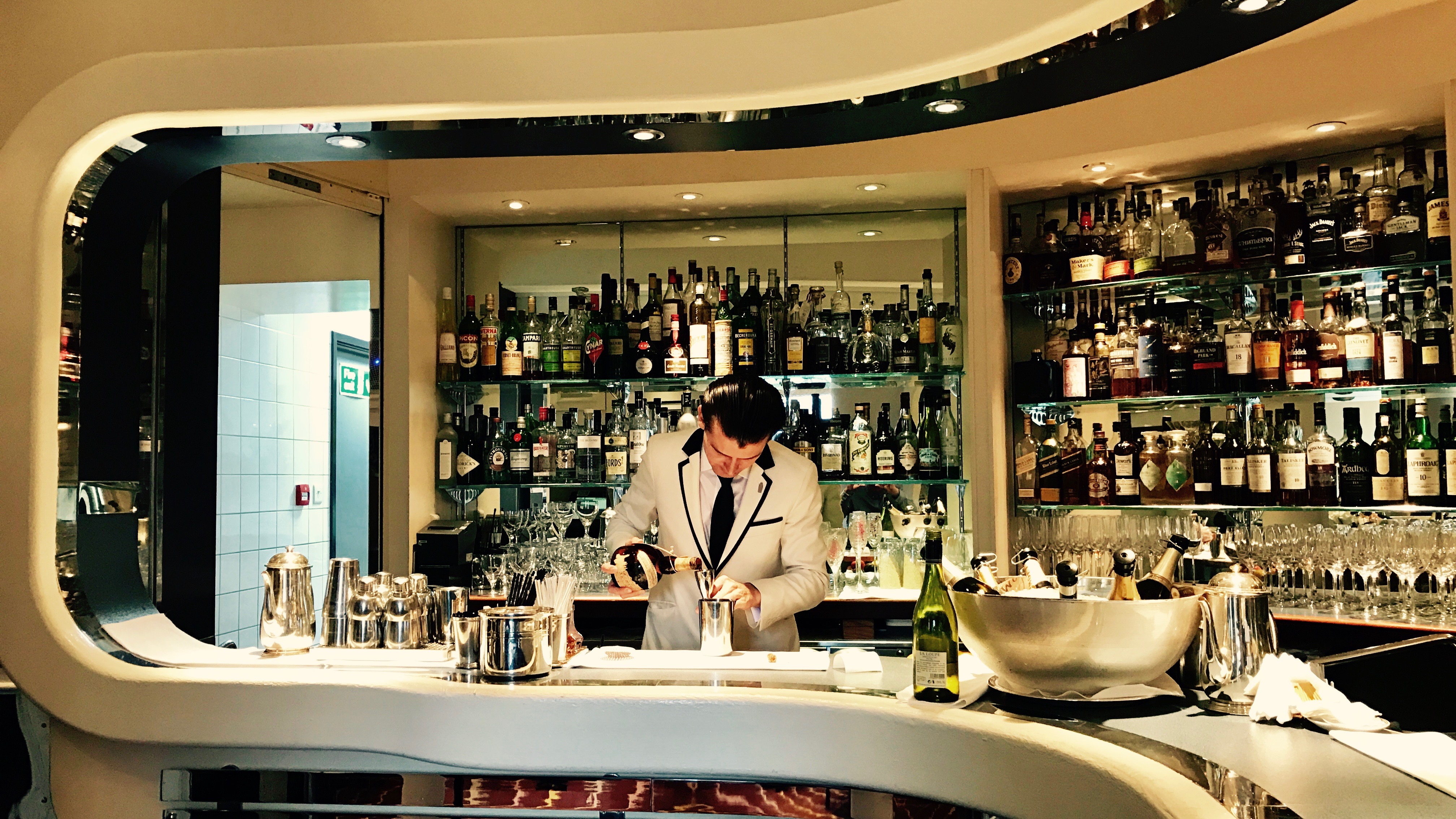 This piece could have been about the fact that this is one of the world's most classic bar institutions and that it is still ranked as one of the best places in the world to get a cocktail. It could also have been about the many celebrity giants who have cherished this bar and put their star to it. Winston Churchill, Frank Sinatra, Queen Elizabeth II and Marlene Dietrich to name a few. I could continue on for ever.

As well could I have entertained you with stories like how the former head bartender Joe Gilmore created the Moon Walk cocktail to celebrate the first moon landing and that this concoction was sent in a flask to Houston, being the first drink that Neil Armstrong had since coming back from outer space. Or why not put the flashlight on Erik Lorincz, probably the biggest poster-boy in the world of mixology today and who is only the tenth head bartender since this bar was opened 127 years ago. Notice this. Ten head bartenders since 1890.

There is so much to say about this bar that I don't even know where to start or end. I could babble on about the great importance that The American Bar has had for the development of the cocktail industry, most notably seen in The Savoy Cocktail Book. This is a modern classic consisting of more than 750 recipes, a must for everyone in the know and still in print after its first publication back in 1930. Another aspect worth mentioning would be the magic Art Deco-shape of the bar in the back which makes up for every fathomless wrongdoing that the "acclaimed" design-studio Robert Angell Design International brought on this bar during its last renovation. Hey, I could probably have written a whole horror novel just about the red carpet they dragged in here. But I will not. Because no matter how much I am personally drawn to this historic site and regardless the many tales there is to tell about it, I would like to dedicate this one to "Coley".

Born in 1875, Ada "Coley" Coleman entered the history of mixology when she, at the age of twenty-eight, became the second head bartender at the American Bar. Famous for her charismatic and entertaining personality she hosted the bar for twenty-three years and counted during this reign the likes of Charlie Chaplin, the Prince of Wales and Mark Twain as her close regulars. A true queen of the London in-crowd and frequently hosting after hour parties at her home, Coleman was however not only about socialising and entertainment. She was an experimental and talented drink innovator as well, best manifested in her world famous cocktail The Hanky-Panky. A delightful blend of gin, vermouth and Fernet Branca, she made this drink for the great actor Sir Charles Hawtrey and even today this is one of The American Bar's most popular cocktails.

Ada Coleman was a woman. She was a woman working in a bar in the beginning of the 20th century. There is no way of getting around this matter. Her story just illuminates too many gender aspects of bar history than to disregard this. Because let us face it; the bar, the restaurant or whatever you choose to call your place of drinking has always been an arena with a strong masculine tension. This is one of the key stages of what makes this wearied "man's world" of ours. From the early aristocratic drinking settings and the poverty-stricken plebeian shacks of drunken misfortune to the "equal" and mixed gender bar climate of today, the bar has always been a space of male dominance and exclusion, marginalisation and discrimination towards the female gender. There you have it, it is nothing but the truth.

These patterns have of course varied from place to place and time to time. For instance, around the years when Ada Coleman started to work at the American Bar, the US appeared as a much more liberal country for a woman to head out for a drink than the European countries. And even here the difference between city and countryside was striking, as it often is when discussing these matters. There are however many significant impressions to take in when dealing with women's history at bars. Such as the many years of being persona non grata at establishments supplying alcohol. This sort of "gender apartheid" is nothing of an ancient phenomenon. I know many iconic bars that didn't serve ladies until the seventies. Mcsorley's Old Ale House in New York may be the prime example. In 1970, this bar was enforced to let women in only after the matter had been taken to trial by a couple of women's right activists.

And even when women have been officially allowed of enjoying themselves at certain bars, they have more than often been opposed by the perceptions of their time and their social realities. A drunk woman was for long associated with a moral decay and when seen drinking in public simply regarded as a prostitute or as easy prey. As well were many bars (and still are) directly dangerous places to stay in for a woman and with the subhuman behaviour that probably often was the case at these establishments one might wonder why anyone from the saner gender would care to indulge in these massacres. And even if they would want to, the reality of unpaid labour and confinement to the domestic sphere made this physically difficult, most often impossible. And not only this, when successively gaining more ground at these public rooms, many concealed signs of gender oppression was still very common. Women were not considered entitled to be ordering for themselves, special lounges were initiated to separate women from the actual bar and a common sight was special back-doors where women would enter the venues. In my own country Sweden, women were only allowed to consume half the amounts of liquor as men as late as 1955.

Unfortunately, the bar is still often a place where the unequal sides of society is being actualised time after time. The stigmatising ideas of what choice of drinks women and men should consume, the different preconceptions of male and female drunkenness and the fact that the bar is one of society's most plagued scenes of sexual harassment, whether it is directed at female guests or staff. I wonder what "Coley" would have said about all of this? She would probably stare at us asking as the progress that has been made in these matters would seem absurd for someone of her time. Back then, it was a whole other day. Nonetheless, she managed to break into a sphere where many other women weren't allowed and the fame that she has gained in the world of cocktails and bar culture is rather remarkable. But then Ada Coleman is also a hard character to target in this context. As the top dog in one of the world's most relevant cocktailbars, and this for twenty-three years in a time when women were usually considered as men's property, her career tells the story of something liberal, positive and progressive. She was in many ways an uplifting exception of the rule.

However, one can only ponder about the difficulties she went through in an environment like The American Bar in the early 1900s. She probably had a lot of skin on her nose. Sadly, in the end it seems like she fell victim to patriarchal tendencies when she was laid off at the age of fifty. Authors on the subject have proposed that her successor, the as well legendary barman Harry Craddock, was not particularly keen on working under a woman and that he eventually plotted her out. Craddock, who later on was the originator of The Savoy Cocktail Book, also contributed to the general obscurity of female historic figures as he only left behind one cocktail made by Coleman, the Hanky-Panky. An odd thing to do as she had been in charge of the bar for a majority of its opened time.

While sitting in the bar and sipping on a perfectly executed Hanky-Panky made by Erik Lorincz, I spend my thoughts on reflecting on this masculine powerhouse. How many presidents and business tycoons have made this to their stronghold of pleasure during the years? How many of them were women? I do know that Ada Coleman was the first and last female head bartender ever working at the American Bar. That says a lot. It is actually quite fucked up. Still a magic Art Deco-shape of the bar though. A lot of history to this place. That drink tastes damn good as well. Cheers to that, Ada.

Drinks? World class. Can't go wrong. Just trust the staff. Beside the Hanky-Panky, The American Bar also claims the classic cocktail White Lady. This is a matter of dispute as Harry's New York Bar in Paris also holds this blend of gin, cointreau and lemon juice as one of their contributions to cocktail history. What is safe to say though, is that Peter Dorelli was the one who suggested adding a dash of egg-white to bind the drink together and give it a smooth and silky finish when he was the head bartender of The American Bar.

Munch? With prices circulating around twenty quids per cocktail, you do get to nibble on some decent complimentary snacks. Shake up sixty pounds and you can also try the Ultimate Martini Experience, a menu description worth recounting just for its high-flown language:

"Grey Goose Vodka is stirred down with our very own bespoke bitters and vermouth and served in a custom-made Baccarat glass, specifically designed to enhance the experience of drinking a martini. Served alongside the martini is a selection of three sumptuous garnishes, including citrus peel, a caviar-stuffed olive and our homemade pickled tom olive. Six Jersey Shore oysters are served with a choice of two vinaigrettes to perfectly condiment the pairing." 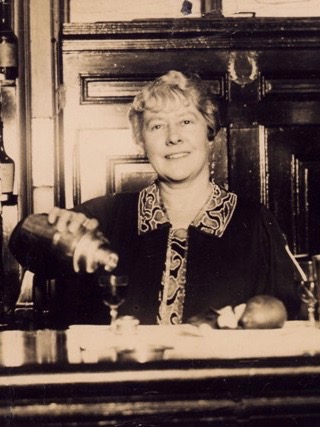 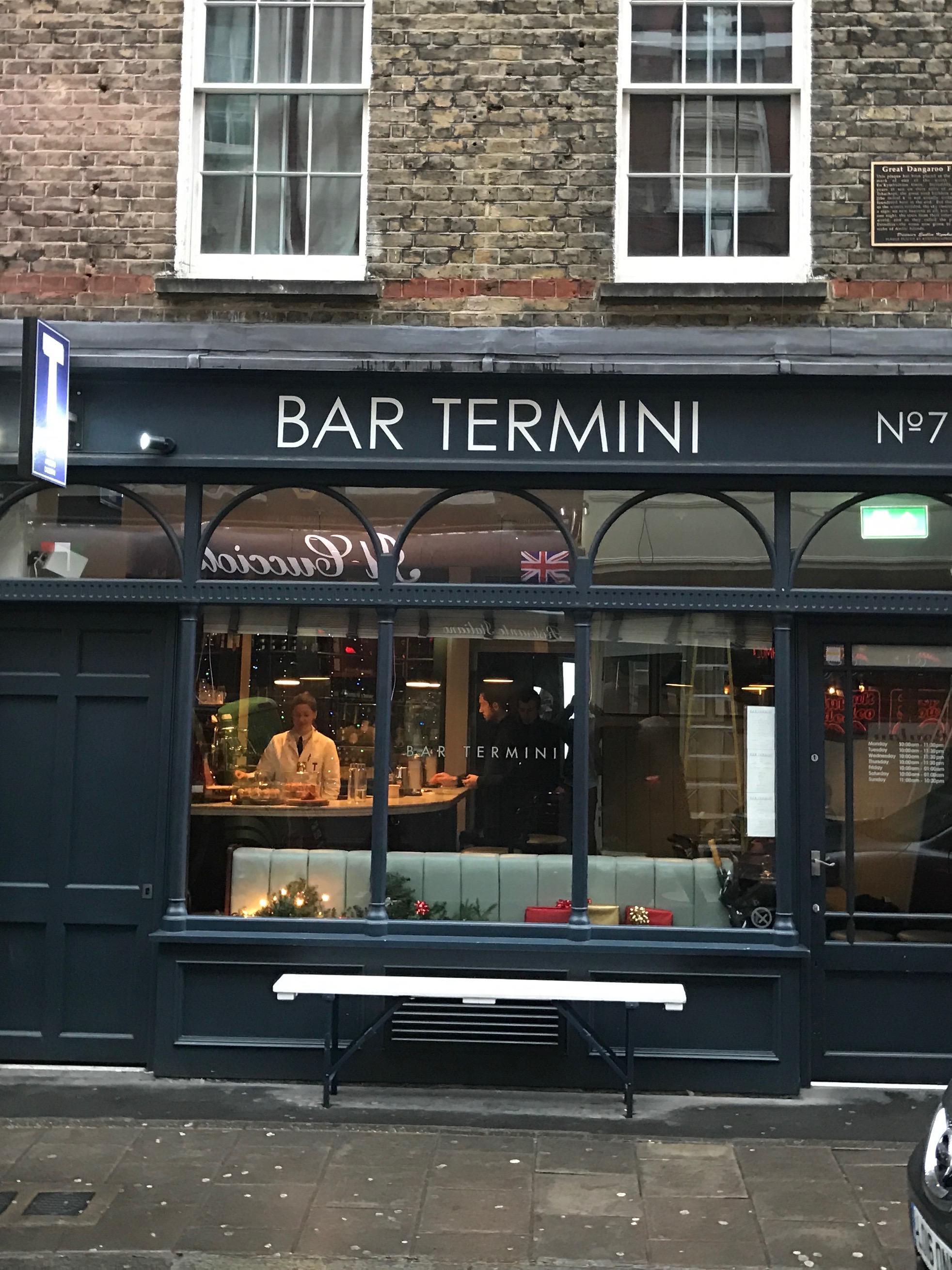