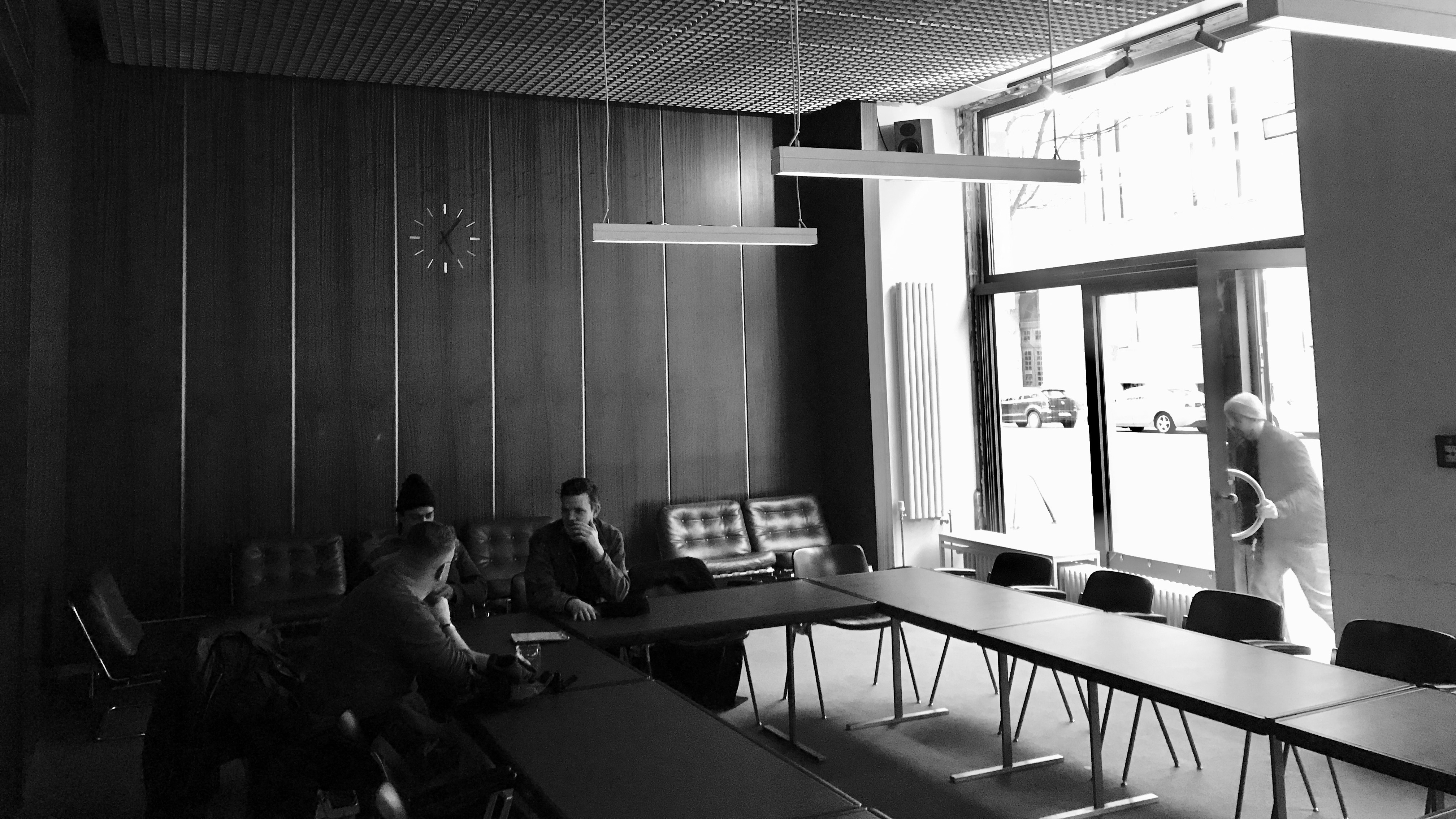 Old retro-style Castelli chairs surround the obvious focal point of the room; an O-shaped set of office tables dressed in black leather whose dim surface is being lit up by three cold and neutral strip lights that are hanging above. There is a modest drinking cart with water and newspapers next to one of the chestnut coloured walls and on the other side of the room a minimalistic wall clock is stressing the worn-out but still current words by Benjamin Franklin; time is money. Welcome to the corporate world.

One could feel tempted to see this as just another tiresome example of Don Draperism where short-glasses of boozy cocktails, 60s design and brylcreemed hair are as hyped and envied as inaccessible boardrooms filled with powerful men and the important decisions they are entitled to apply on this world. But a flirtation with the sexy attributes of American tycoon culture this is not. Central Congress is the German version -  less glamour, less dollar and a bit more gloomy. Picture a fat Hanseatic business man from the seventies that is ruthlessly nurtured by gigantic glasses of Weiss and butter-fried Schnitzels and you may follow me. Think Carl Reiner’s role Lyman Zerga in Ocean’s Eleven and add a retro mustasch to that. That’s how devious and calculated these boardroom executives get.

But it would be a rash act to think of this as the Eastern Bloc’s equivalent to the gluttony of Western laissez faire. This is not the case. This is not Berlin with its fair share of retrospective ostalgia where ironic takes on life in the DDR are being subjects for countless cultural interpretations. Hamburg has always belonged to the Western grid and more than many other cities of importance, it has with its Atlantic and later on global flow of trade and communication embodied the spirit of capitalism. It is as if life around the Elbe seems custom-made for this.

This belonging to the free market and the “democratic” part of the world does however not make Central Congress less daunting than any portrayal of the corridors of power that existed on the other side of the Iron Curtain. In fact, whereas the ostalgic experience may hit you with a sense of humor and a satirical undertone, this bar seems as nothing but a resolute depiction of a harsh and cynical world. I guess that is why it aesthetically speaking appears as so powerful. There is a brutal ruthlessness in all those rectangular straight lines that are designed from a functional rationality, which if being executed to its utmost perfection becomes an environment from where the world is to be ruled. For better or worse, that’s rather intense.

And the people behind Central Congress are definitely not kidding around with this enterprise. Instead of locating this bar, as it would seem logical, in bohemian Schanze or bustling St Pauli, owners Oliver Hörr and Johannes Wilder have chosen to place their liquored-up office where the quest of authenticity demands it to be; down by the sky-skrapers on downtown Steinstraße. This is evidently an intended move and as you do the ten minute walk from Hamburg Hbf you can definitely sense your own minor importance as the anonymous and windy avenue oppresses every naive idea of self-worth. Just like the capitalist world was born to do. It is perhaps a sad realisation and a most brutal way of life but nonetheless another glorious detail at this ingenious bar.

Drinks? This is good. Even though the cocktail list at Central Congress is filled with potent liquor-heavies that could make any loudmouthed Texan oil baron fall of his chair, there are not many traces of vainglory or male-chauvinism to be seen. Gone are all those self-appointed scientists measuring whiskey as if they have discovered a liquid cure against self-deception. Absent are as well those tragic symptoms of inferiority who in their backslick and bowties believe they can squeeze the socio-hierarchical gap towards some of their more well-off customers by being rude to other mortals and by placing themselves in a ferocious and almost pervert state of cocktail overshake. Instead, there is just a casual German dude doing just what he is supposed to, that is being very casually German. It is a pleasant scenario as this often involves a rather frosty attitude towards elitist manners but a quirky fascination for the accurate detail. It is enough nerdy to be good but sufficiently carefree to not invite severe sentiments of loath. All in all a likeable trait.

Munch? Of course not. Which fool of a business magnate takes lunch on the office? 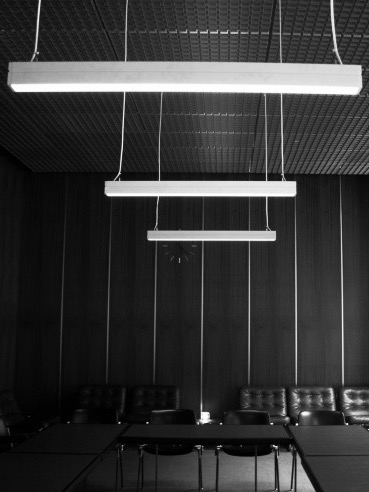