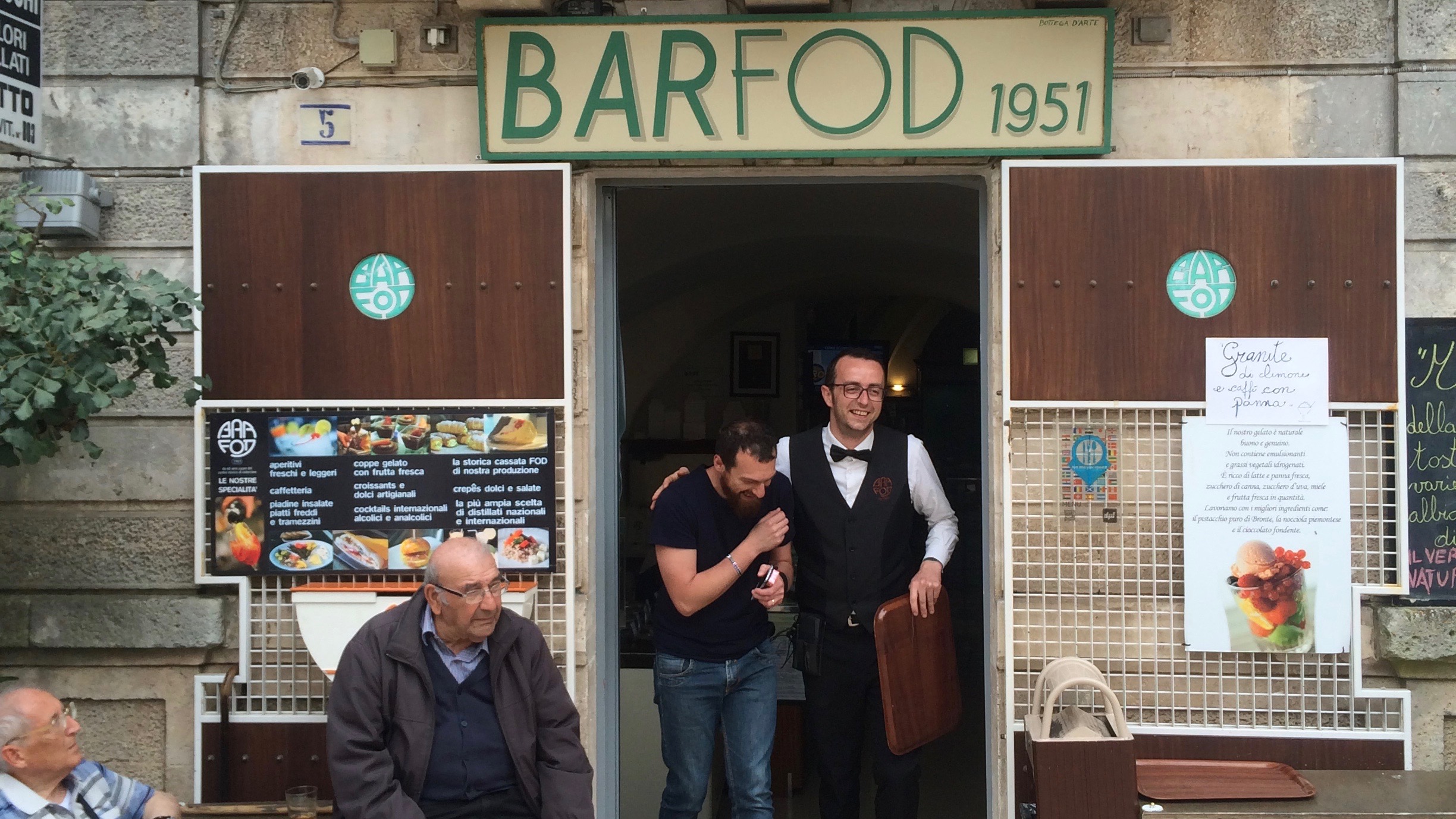 I stumbled upon this little gem when me and the family made a great vacation in the Italian region of Puglia this year. It is located in a small town called Cisternino where we went for a day trip on a rainy day. Cisternino is no way unique in the sense that small, astonishing hill towns are to be found all over the Italian peninsula.

It doesn't make it less beautiful though. In the heartland of the Itria Valley, Cisternino's white washed stone buildings reigns over the majestic countryside at the height of 1286 ft. It has done so since forever, leaving the change of time to elsewhere.

Despite the beauty of this place, I wasn't here for the medieval architecture or the great Apulian views. No surprise, I was here to eat. Cisternino is well known for its many macellerias con forno pronto, local butcher shops where you can also eat in house. You just pick your choice of meat (preferably the local roulades Bombette) and then they barbecue it for you. Grab a carafe of local wine and you are game. Simple like that.

After a lunch like this we needed to walk it off and during this stroll we found Bar FOD. I got curious directly as I saw the sign of the place. Bar FOD 1951. Why the name FOD? What about the respectable age of sixty five? What is the story here? I went in for a drink because I anyway needed something to digest the carnivorous feast we had before. A coffee and a local Amaro would set me straight. After a short while I got in to talks with one of the owners, Francesco. He gave me the whole story about the place which is the following:

There is sort of an Italian but more happy version of the TV-show Horace & Pete going on around here. In 1921, Francesco's grand father opened up a café in these premises. His name was also Francesco. The reason for running the establishment under the term café was because everything that could be associated with American culture was banned during the fascism rule. The word bar came from the English language and was therefore too closely tied to the U.S and because of this only the title café was possible. In 1951, three of grandfather Francesco's sons took over the business and named it Bar FOD after the initials in their names. There was of course one more Francesco and then there was Orlando and Donato. After a while the management was passed over to their kid brother Mario, who's been running the place for more than forty years since. He is still engaged in the day to day business but has also passed the assignment to his own children, among them Francesco III.

This lineage of bar runners makes me happy and it is sort of unique to see how a family business like this still can be made possible. In this age of postmodern inconsistency, traditions and history are often put aside for what is new and changeable. To inherit and cherish an almost 100-year old family bar would for many young people appear as an absurdity and as something estranged. But there is a great value in this and I believe that there is also an economic gain in conserving what is old, homey and close to heart. People respect this an it is often easy to spot the real thing. I saw it directly at Bar FOD. Long may they run.

Drinks? Espresso and side it with the superb S. Maria Al Monte Amaro. The perfect way to round up a visit to Cisternino's many macellerias.

Munch? Come here in the afternoon and try the beautiful pastries made by the family mamma Maria. South Italian sweets at its best.

Btw! Check out the room to the right where a lot of old photos and miscellaneous memorabilia are collected on the wall. 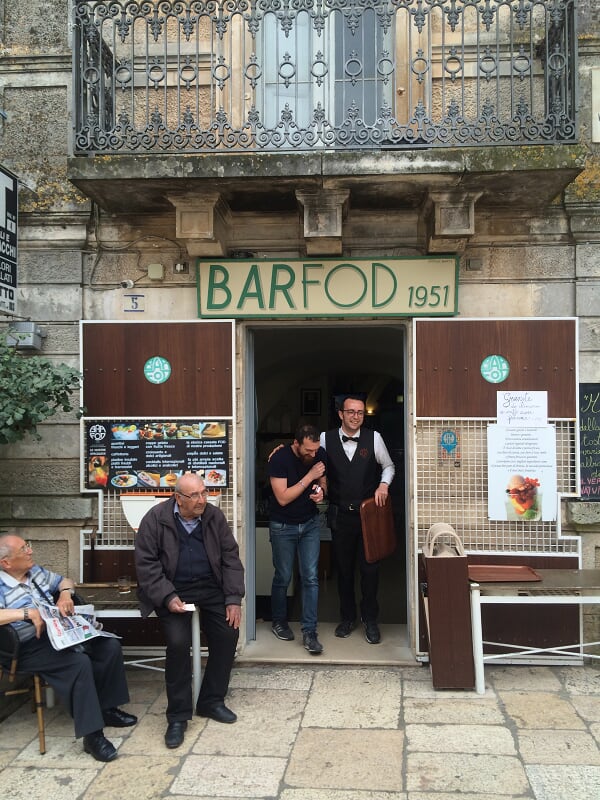