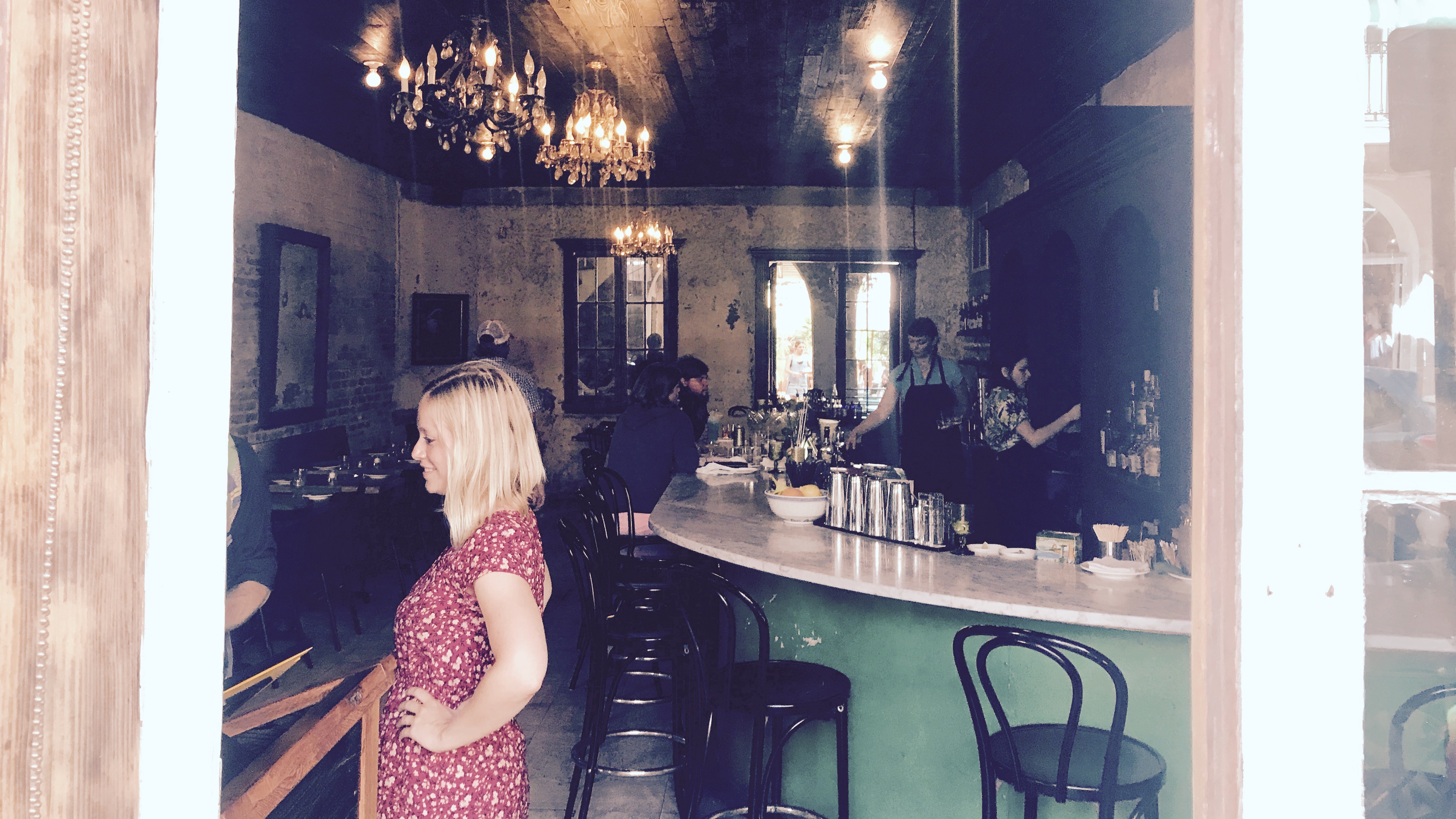 I will neither excuse myself or try to make a retrospective and humble self-examination in this matter. I totally travelled to New Orleans with a vision of experiencing that romantic, faded old-world charm that all people speaks so fondly of when addressing this city.

The romantic notion of the unique and cultivated American culture that got left behind, abandoned only to its own flamboyant nature but also to a violent faith of poverty and alienation. I requested the social realism of David Simon's Treme, still cutely dressed up in Disney's lovable The Princess and the Frog. Of course seen through the eccentric lens of Ignatius J. Reilly. That was the aim, that was my honest mission. I went there for the trad-stuff; Gumbo, Sazeracs and Creole townhouses.

And all this I got. I got it in absurd and generous amounts. New Orleans is truly the last great city, a warm and welcoming temple-site of unconditional pleasure and non-negiotable and almost awkward love. Having said this, I find it interesting that I am currently writing a piece about a cool, hip and very well-calculated contemporary. This was not my expected entry to The Big Easy. But neither would I believe - prior to this trip - that I would feast on the most elevated and modern Israeli food at the explicable Shaya or that I would sit lounging in the Bywater listening to live jazz while sipping Sicilian primitivo at the sophisticated yet relaxed patio of Bacchanal Wines. Maybe I was ignorant, maybe I couldn't see further than my own simple-mindedness. Regardless my exoticized and superficial prejudices about the idle south - I was not prepared of how diverse and progressive New Orleans modern food- and drinking scene was actually going to be.

Enters Cane & Table. So does the superlatives. This rum-centric venue in the northeastern corner of the French Quarter is the perfect execution of a modern bar concept. I will detail this enthusiasm of mine more deeply. First off, great name. It is smart, fun and cool. Never underestimate the value of a great name. Neither should you underrate a great bar snack. The jerk-seasoned puffed pork rinds at Cane & Table is probably one of the best heart-attacks you can order in this world. A rich sweet death as you would want to dip it with the accompanying maple syrup on the side. It is really a glorious way of spending an eternity in purgatory. But before that, try some of the mad cocktails that are being served here. The staff at Cane & Table are extremely talented. Be sure to try the Scotch & Coconut, a Carribean take on the Old-Fashioned with fresh coconut water. Or go for one of the expertly done classics such as El Presidente or the local drink Hurricane.

So I mentioned the Hurricane. Anyone who takes pride in cocktail history knows that this classic drink was first created only a ten minutes walk from Cane & Table, at the legendary but today tourist-heavy bar Pat O'Briens. An obvious part of this city's rich cocktail history in general it is also one of the more iconic drinks of the tiki culture, that long-time American love story of Polynesian themed bars and restaurants that thrived all over this country during the mid 20th century. This escapist fascination (according to some a cultural misappropriation) of the exotic Southern Pacific cultures is closely tied to the city of New Orleans. As the unquestioned tiki scholar and author on the subject - Jeff “Beach Bum” Berry - has once stated, "without New Orleans, there might not have been a tiki movement at all". And after all - the great father of tiki culture was originally from here. Ernest Raymond Beaumont-Gantt - also known as Donn Beach - opened up the first tiki bar in Los Angeles in 1933 after spending much time in the South Pacific and the Caribbean. The rest is history. His legacy is indisputable as he is acknowledged as the creator of classic tiki cocktails such as the Zombie, Mai Tai and Navy Grog. As well was his business ideas eventually copied all over the country - paving way for the decades-long craze of faux Polynesiana.

So how does this relate to Cane & Table? Well, even though both the bamboo and the very misplaced Chinese fare is missing - Cane & Table still has tiki all over its DNA. The same fun and whimsical conception of cocktail-making is present here and so is the vast array of rum, that crucial key ingredient when making tiki cocktails. Do no forget the fearless acceptance of hollowed-out pineapples either. That I never thought I would praise. But this is more than that. Cane & Table is the meta version of tiki. Themselves they call their concept proto-tiki - implying that they are showcasing a drinking culture that precedes the birth of this movement. I am willing to go further than that. For me Cane & Table is speaking of centuries of Louisiana history. Creolisation, rum trade and that Caribbean world where New Orleans was the most northern cornerstone. This is a transnational story that takes place as much in roaring Havana during the twenties as in the heyday of Congo Square.

And it does makes sense, this connection between tiki and New Orleans. This city is the gate to the Caribbean, the access to rum. And there was not a Polynesian soul who sat around the beach drinking Zombies in the thirties, that's for sure. At least none of the eager anthropologists of the time has mentioned anything about this. No, that part of fabricating tiki is directly linked to this region and its relation to the Caribbean world. That and the fact that rum was dirt cheap at the time. Tiki guru Donn Beach, who himself had been a rum smuggler during prohibition, saw the potential in this and so did the owner of Pat O'Briens who invented his classic drink as he tried to get rid of a couple of cases of cheap rum. Among many coincidences around tiki culture, this is sure one of them.

Nothing of a coincidence is however the concept behind this bar. It is thorough magic all the way. I get weak-kneed just thinking about how accurate the vision behind this venture really is. It sure is a game changer. From a fun and elaborate theme like tiki they chose to use this bar to explore something much bigger, taking the story to a whole other dimension. In many ways I look upon this as popular education in the making. There is a serious knowledge production taking place here - both for the customer but presumably also for the people engaged within this project. There seems to be both a thirst of knowledge as one of cocktails. This bold and explorative foundation strives to communicate and examine a piece of history, in this case a history that acknowledges and tributes this spellbinding city. It is actually kind of genial. Whereas the springboard of Cane & Table - the culture of tiki - has not much of connection to the real world, this bar brings that phenomenon back to reality and investigates its true nature and origins. For me, that is quite wild.

And as I am walking around the backside patio to get some pseudo-professional photo shots of the environment I feel more confident about this than ever. This is an old colonial house which historical scars are even more obvious because of the deliberately rustic interior that was designed here. The sun is gazing at zenit and New Orleans is really hot. I think about Cartagena de Indias, the crown jewel of colonial architecture in the Caribbean. I lay my hat in this Colombian city many years ago and somehow I'm getting thrown back to that mood, to that place and time. Nothing of a surprise, I later find out that Decatur street, the waterfront strip where you find Cane & Table, was once the center for sailors and merchants coming in to New Orleans to do trade. It was this city's eye to the world. It did of course offer many options for the rugged and thirsty traveller and in a very different way it still does. In fact, I guess the only sane way to celebrate this history is through an exceptional bar like this.

Drinks? It is fun and playful but still ruthlessly professional. Flavours are as well very well-balanced. From the last years bitter-craze, the sweeter elements of Cane & Table's cocktails actually feels kind of liberating. Above is the Pineapple Sazerac made with Stiggins Fancy Pineapple Rum. A true winner. A similar choice is the Banana Manhattan, a rum-based remake of the classic with Giffard Banane de Bresil and the local anise-flavoured liqeur Herbsaints Legendre. On the other side of the spectrum, they also incorporate bitterness in sweet tiki-esque drinks. A great example is the house classic Boss Colada where the native schnapps of Sweden, Bäska Droppar, is playing the main lead with orgeat syrup, fresh pineapple juice, lime and Peychaud's bitter.

Munch? An eclectic and interesting menu with influences from all over the Caribbean. The Ropa Vieja on skirt steak with tostones and rice has faithfully served the menu for a long time. There are many good-looking small plates as well such as the coconut marinated cucumber salad with sesame seeds and fresh herbs or the Cocktail de Mariscos which is served with crab claws, shrimp, calamari and a tomato-lime sauce. 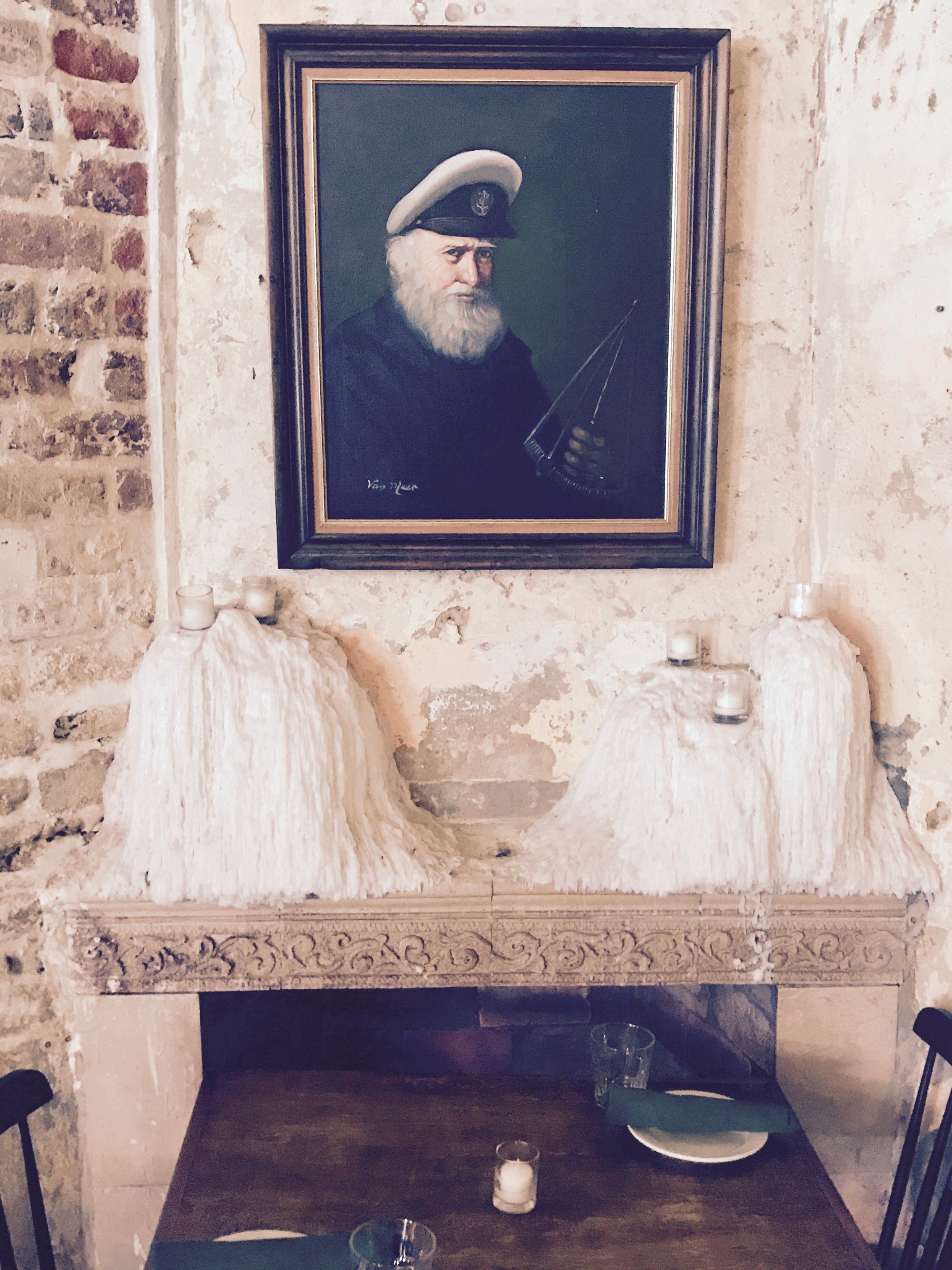