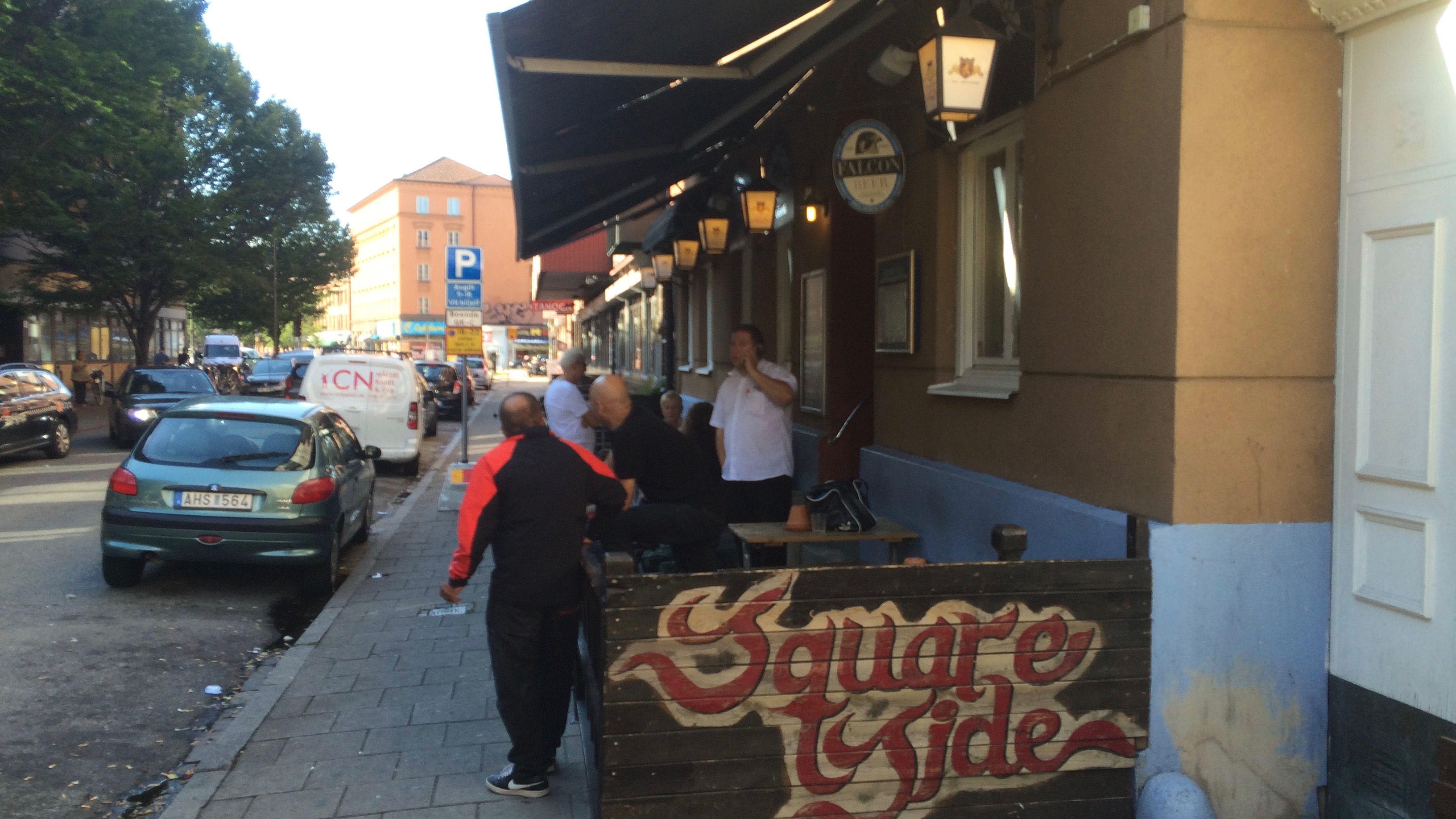 Gang shootings, grenades and car fires. This city is on fire. Unemployment, social exclusion and child poverty. Mix this sour cocktail with some severe segregation, lack of education and a fair share of racism and you have shaken up my home city, Malmö.

Yeah, this is a dump and we all know it. I do. The owners knows it. The Africans in the back playing the Jack Vegas slot machines knows it. The loud guy high on amphetamines knows it, at least he will when he's coming down after a couple of days. Even the walls knows this is a dump, it's that bad. And there is no excuses. The hospitality is not great, the interior is depressing and the clientele is half human, half something else. This is where the world ends.

But I still rank it high up among many great bars in this city. Sometimes I go here alone just to down a couple of beers while eavesdropping to the discussions, arguments and bullshitting that the raucous, down-and-out clientele is having. I have heard it all at this joint. From the old lady declaring that "if I see her around my neighbourhood again I'm gonna cut her throat" to the slippery and rough fellows in the back that are talking about a certain delivery of smack that is on its way. Yes, Square Side is a house of decay and tragedy but it can also be shown through warmer lenses. Like the old wearied couple who celebrated their anniversary here, but got too hammered and started a fight. After an hour of screaming and sobbing, they still managed to find their way back to each other and left the place more in love than ever before. And then there is that Chilean woman who you can tell hasn't had an easy life. She is marked by years of alcoholic abuse and her drink of choice is cheap, bad white wine. But she always shines up when I see her and we make small talks in Spanish. It's a nice thing.

Besides from playing Jack London in the The People of the Abyss, are there any other reasons to visit this bar? Yes, it does have a couple of great sides. First of all, it is open from 11AM every day of the week which makes it a reliable oasis for those who aren't ashamed to be ashamed. As pretty much all of the more hip bars around Möllevångstorget (the central square of Malmö's young and alternative neighbourhood Möllan) don't open before five o'clock, this is actually an ideal bar if you are looking for an afternoon break. With the outdoor seating aiming at the south it is also an ideal spot to enjoy the sun.

But it's the inside that counts and besides the everyday craziness there is also the genial "Youtube-jukebox" which is maybe Square Side's biggest attraction. From opening to closing, this is the breathing lung of the bar. Quite remarkably, no one has ever got killed over this anarchic entertainment machine and usually, and with usually I mean most often, people are respectful towards each other's choice of music. Hard rock, Schlager, Gangstarap and Merengue. There are no limits to the mix of music that is being played here. I even heard a guy doing a one hour mix of Psytrance here. And even though you can feel quite sad for the loner who's been repeating The power of love by Frankie Goes To Hollywood ten times, there is sometimes great interaction between the patrons. For instance, I can't count the number of great afrobeat tunes I have learned about here, just sitting down listening to the West Africans when they've been spitting out tunes.

Munch? There is in fact some people eating here, like the lonesome dude that is always feasting on the low price chicken wings. Personally, I wouldn't go there. But there is a pork rind machine at the bar which would be reason enough to visit this place. 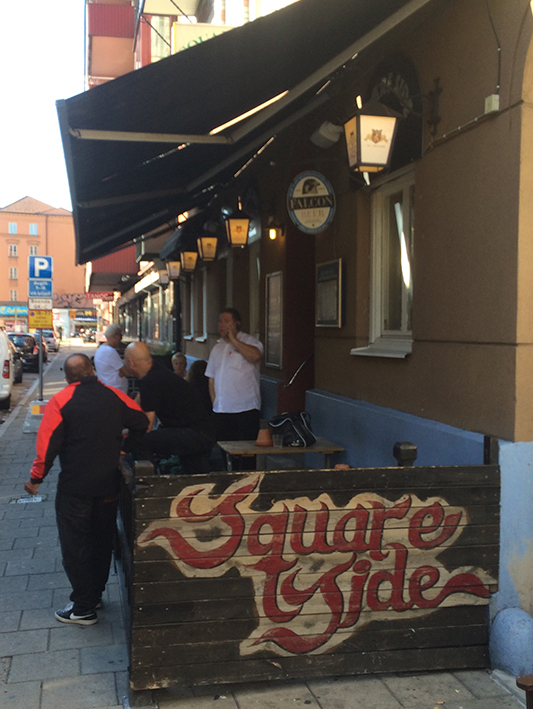