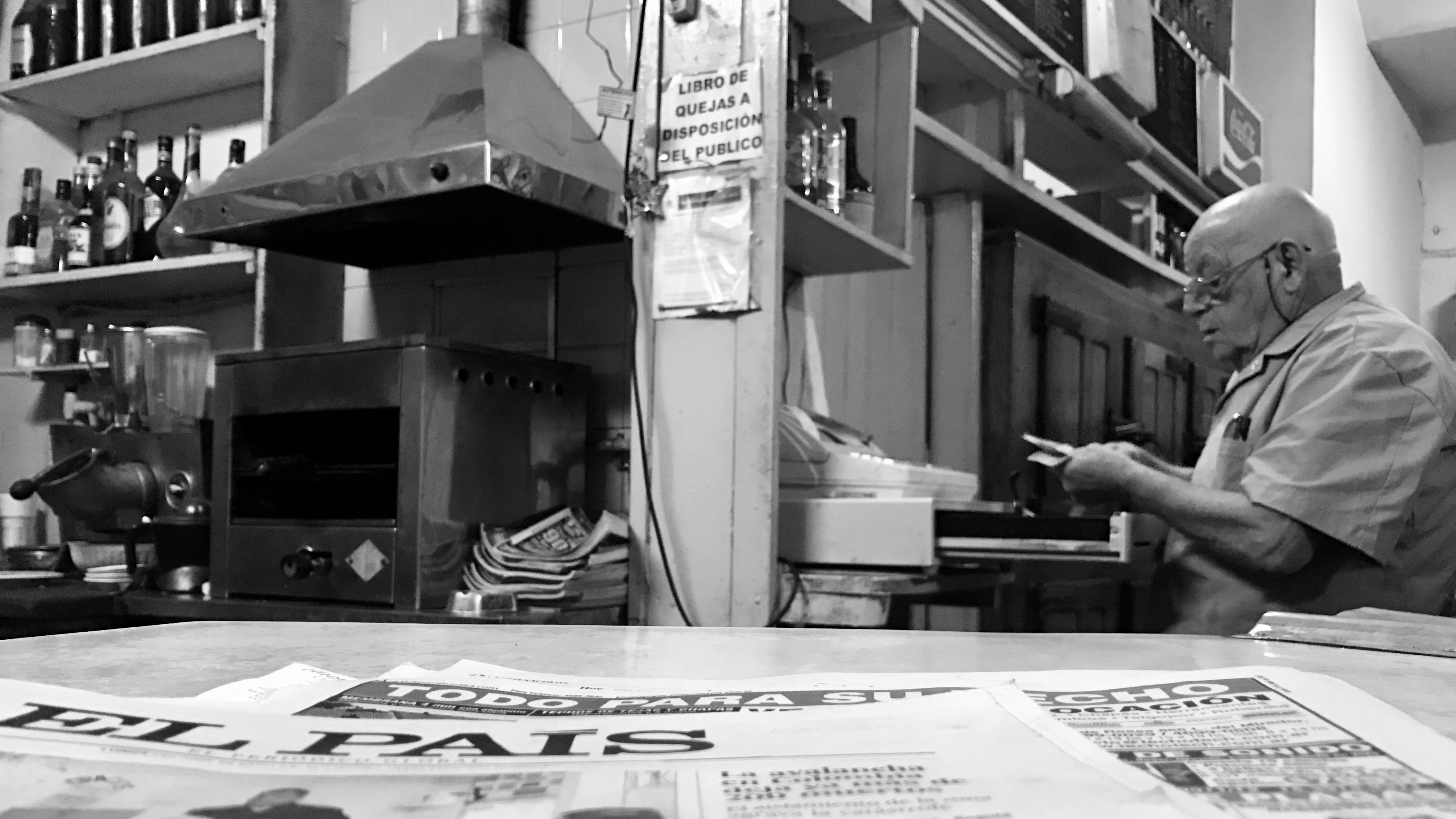 This is urgent. You need to book yourself a ticket and get on the next plane to the Argentinean capital. Upon your arrival you should head straight to the inner-city barrio Abasto and make a reverent visit to a bar called Café Roma. The old world is dying, you got to see the New World for a last goodbye.

I am not just being excessively theatrical about this. Don Jesus Llamedo is old. Old like a tree. He is old like the eternal city this bar got its name from. Old like ninety-two years old. Since 1952, he and his cousin Laudino have been serving drinks and slicing up ham at this bar notable as if time doesn't stick on these walls. But it does. If there is anything certain about this uncertain thing called life then it is the notion that nothing lasts forever. Therefore I am urging you to see this place right now. Therefore I am writing this piece today. Among hundreds of bars that I know in this great city that I love, this one needs to be dealt with straight away. The day Don Jesus is gone, that’s when you know it is over. Then this bar will never be the same again.

Neither will this city. The heart of Buenos Aires is beating through places like these. They are the arteries of Porteño culture and without them this urban body is useless. In fact, despite that this is one of the most important cities of the New World, Buenos Aires has a very hard time of being anything else than old. Quite ironically, there is nothing new about Buenos Aires. Not anymore. And even when it is, it feels misplaced in a way. Even though this is a twelve million of citizens capital, it is a metropole marked by a provincial seclusion that is both awkwardly naked and charmingly liberating. In many ways this “Paris of the south” does not cope too well with global pace. For instance, the tired burger boom is ten years late and just the image of Argentinean hipsters sipping micro-brewed stouts in a 36 degrees of summer heat is raising the question if this world of ours has not reached the ultimate stage of constrained delirium. So does the US-aping nicknames of fashionista neighbourhood Palermo as it has childishly decided to call its sub areas after Hollywood and Soho. Recently even its upcoming working-class neighbour Villa Crespo has been marketed as a Palermo Queens. Nowadays, there are apparently no limits in this world.

Weirdly enough, it is this inability to assert itself as a defining metropole that also makes Buenos Aires so special. This old, stubborn horse has been looking back in the past for so long it knows nothing else. Neither does it really want to know. Por el porteño, nothing beats the past. Buy him an innovative cocktail at Floreria Atlantico and he still wish he had an old-school Fernet con coca in his hand. Give him the Russian world cup this summer and he would still dream about the “god of hand” back in 86. Even give this guy a million bucks and he would go exchange it for a devaluated peso back in November 2001. A bunch of nostalgic fucks, these passionate port people. And while the old urban treasures of Europe doesn’t even know how to recognise themselves in the mirror today, this Argentinean backwardness is turning out to be Buenos Aires’ best card to play. This is where this city owns the game today. In its obsessed relation with the past. The tango, the flea-markets, the old cash registers, the soda syphons. And of course, all those old forgotten bars.

And even though it is technically speaking not that archaically old (originally opened as a grocery store in 1927), Café Roma is still older than most. I guess it is indeed true what they say, that age is a relative thing. I don’t dare to exact wether this perceived seniority is because this specific bar has been fortunately neglected throughout the years or if this country just has a hard time of letting go of its golden age. Probably it is both. It is anyhow an impressive time-warp just to set foot at this place. Everything about it seems buried in the past. I have already presented you to its ninety-two year old owner. He is kind of old-school. I should as well mention his dusty collection of extinct liquor brands that are being shelved on the walls. Old as well. So is the vibrant Jewish diaspora that curiously inhabits these blocks. It has been on the road for thousands of years. In other words; from the subway all the way to the primitive squat toilet, this place is all about tradition. It is all about the past.

It is actually a quite eery experience. As the clocks seem to have stopped so has this house turned itself inwards to a state of deserted autonomy, beyond regular pace and sense. It could hastily be resembled with the hotel creeps of The Shining but perhaps more strikingly likened with an abandoned train-station on the Indian countryside. The last train is gone. All that is left is humid heat. And the doves that fly in and out the open windows. Every now and then old regulars pass by but reveal not much more than the order of their likes before disappearing into today’s issue of Clarìn. The silence of solitude would be a total fact if it wasn’t for the big city that keeps honking somewhere out there. The black house cat keeps purring smoothly. He knows what both me and the old owner bear with us; this is a magical city. Buenos Aires doesn’t answer to change.

Still we cannot hide from the obvious. None of us can. If there is anything certain about this uncertain thing called life then it is the notion that nothing lasts forever. This is the second time I mention this as I know it is true. Just a couple of months ago another place that was dear to me  -  “El Japones" - closed down its doors for good. It was a bar similar to this one - in how its mystic and anachronistic Buenos Aires existence could not be explained by any rational sense. After its old Japanese owner passed away, something was lost. To wherever its deceased owner went that bar followed. I picture the same faith for Café Roma. They come hand in hand, this bar and the Asturian immigrant who took over this place sixty-eight years ago. Without each other they be lost. And that is why I am urging you to go. Before it is too late. Because the old world is really dying, you got to see the New World for a last goodbye.

Munch? He definitely still knows how to slice that ham. In a fresh bread loaf that is all you need. 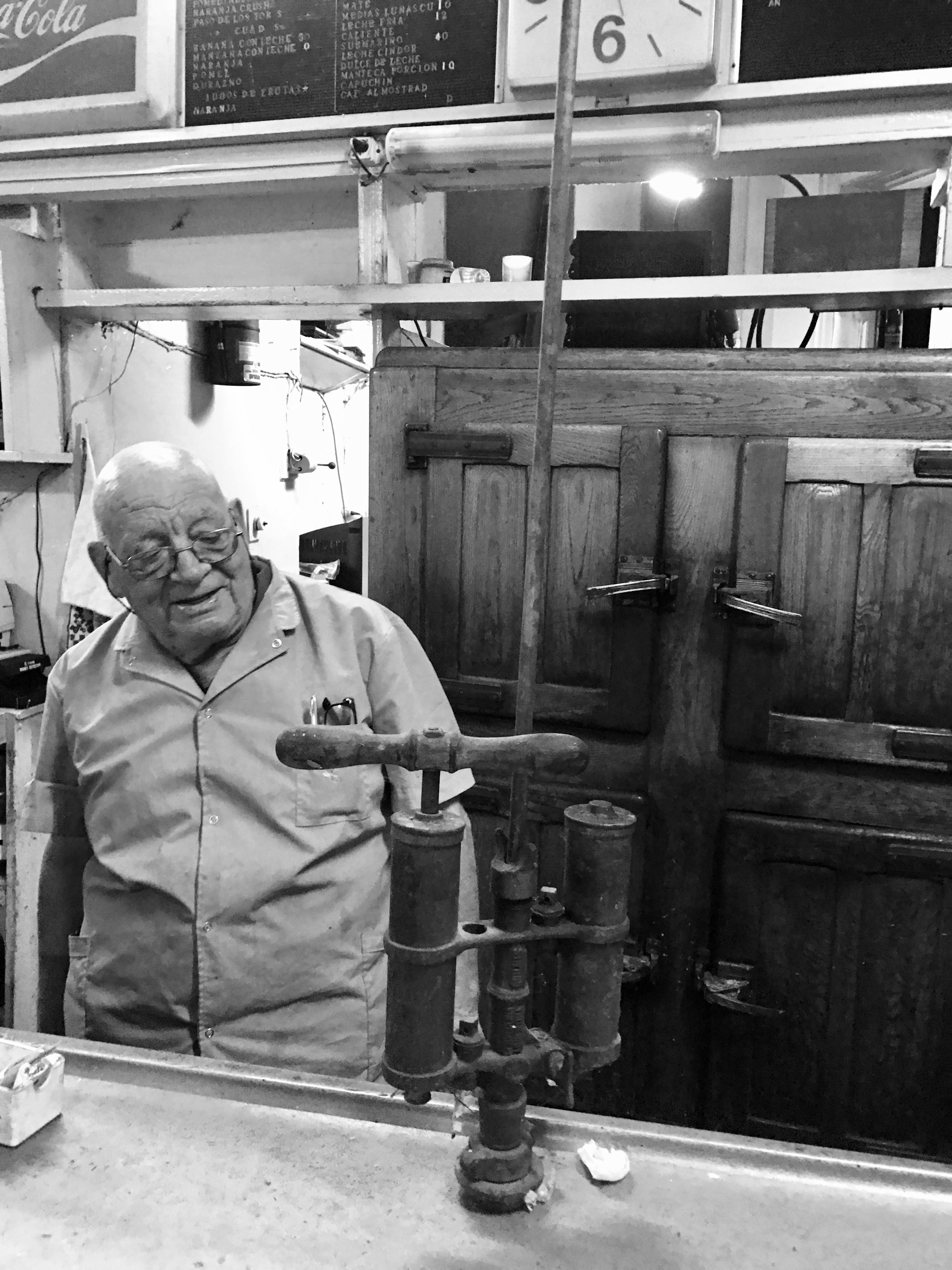 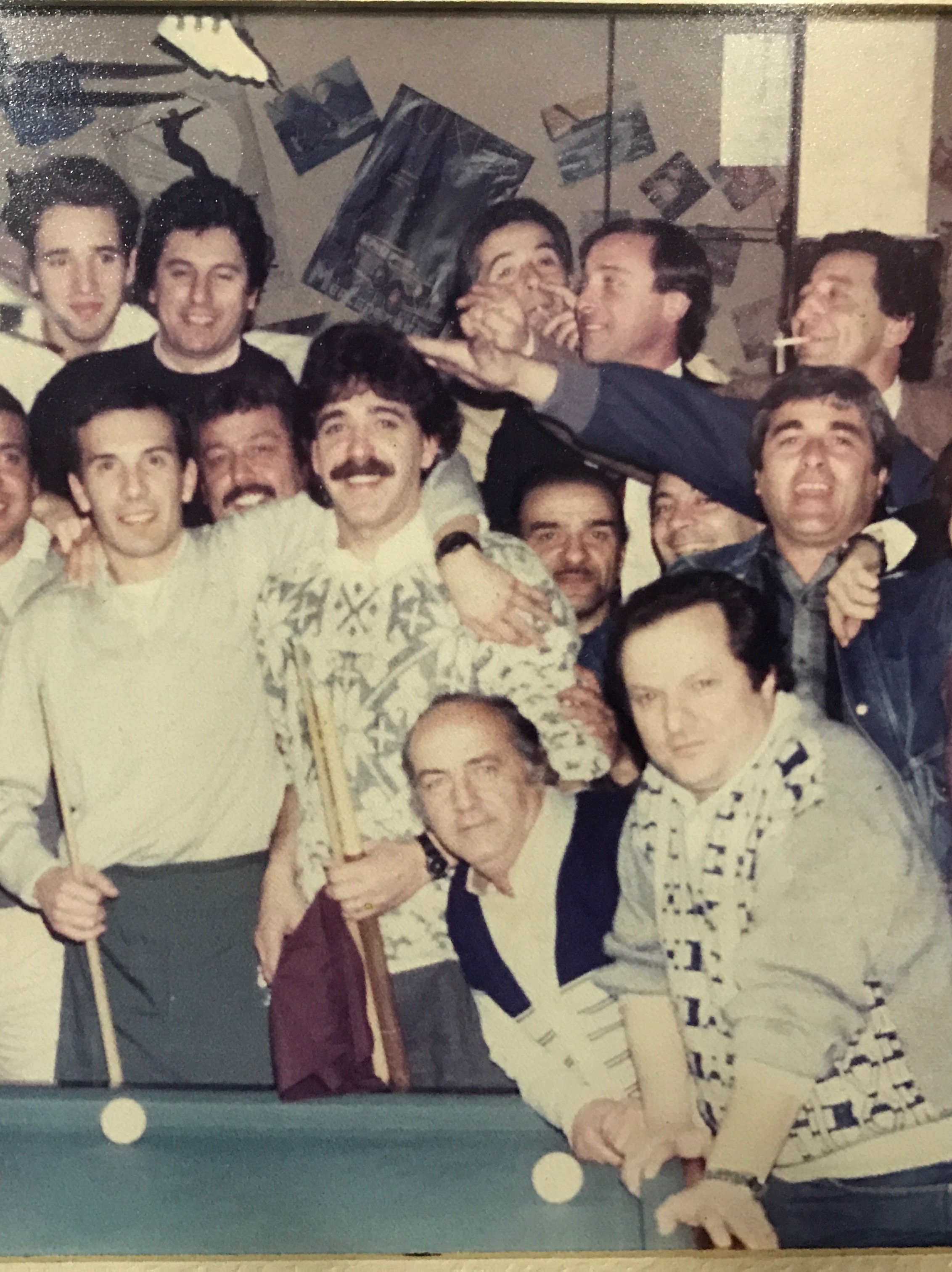