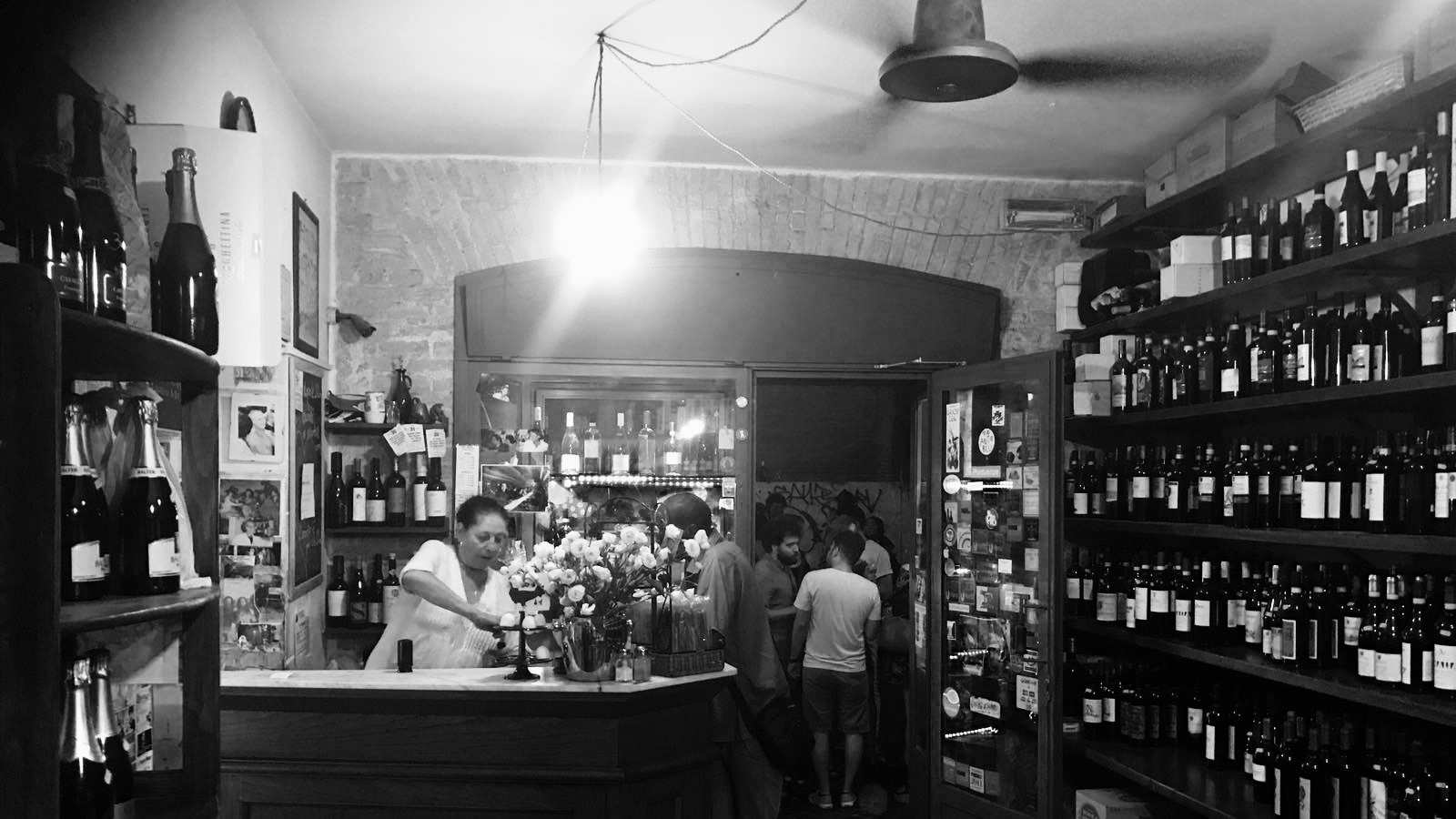 There is a colour-filled photo of Chairman Mao on the wall in front of me as I take a big, corrupt gulp of nutty verdicchio wine. Some would object to this "popification" of a political mad man, accused of being utterly responsible of million of millions of lives being waisted at the expense of his ideological social experiments. I can understand this. I would neither give toast to the likes of Hitler, Pol Pot or president Bush. Senior and junior.

Trivialising the horrors of tyranny is no joke, especially with a drink in your hand. And despite my own sympathies for the leftist cause, I see a big importance in drawing a line between struggle and solidarity on one side and terror and lunacy on the other. The post-wall conceptualisation of communism is although a rather diffuse and intricate discussion as the naive and contradictory aspects of it makes it to a burning matter. The romanticising of and pampering with totalitarian dictatorships for one. How many times have we not seen public atonements being made because of hasty and careless acts and comments about political figures, social conditions and historic happenings dressed in red?

And then there is of course the last decades of branding communist culture as something youthful, alternative and cool. The world of Commie Chic. From the global spread of artist Jim Fitzpatrick's retouch of the iconic photo of Che Guevara to the Romanian hipster I recently read about relaunching the only bicycle brand that was available during the Ceaușescu-regime as a thing of exclusivity, the world has pretty much seen it all when it comes to extracting the products of this twentieth century giant of ideology. Today is the catwalk of the hammer and sickle. A bisarre irony it all, how the communist iconography has grown into consumable status objects like any other in the capitalist world, the system they once played an important propaganda role in opposing. Most bisarre is maybe the auctioning of a painting by the high priest of pop art Andy Warhol, being bid a couple of years ago. Around twelve million dollars for a piece he made from a photo of Mao. The top bidder? From China of course.

And I got to say it. I don't think I would ever fancy a "concept bar" that would try to replicate a sort of ironic retro-feel of the communism era. Even less would I write about it. But this is different. This is real. I am in Rome, the capital of what once was the biggest communist country in the western free world. This is the land of Gramsci, Bertolucci and Pasolini. Where the communists has been regarded as a major force in fascism resistance and as a defining contributor of the new Italian democratic constitution that was founded in the wake of World War II. This is where the communist party has been so politically influential that every third Italian citizen gave them their vote during the height of their popularity in the late seventies. Yes, just like the sweetest Calabrian tomatoes, Italy can be as red as red can be and this is still a major part of what makes modern Italian identity. The Italian perception of communism is also a pragmatic one and has always been, most notable in the leading role that the PCI had in revisioning socialist Europe towards a more moderate model which distanced itself from the non-democratic values that was deeply associated with the USSR and its east-european satellites states. A likeable trait, I must say. And on top of this, these commies serve some great wine. Red of course.

While waiting for another round at the small bar counter of Il Vinaietto, I see a photo of Enrico Berlinguer in front of me. The charismatic leader, who's many-sided popularity was manifested as approximately one million people attended his funeral in 1984, was the true incarnation of a sensible take on the socialistic project. Generally recognised for political coherence and courage, together with a rare personal and political intelligence, Berlinguer also gained the deepest respect among his political opponents and is still today regarded as a democratic voice in an otherwise corrupt history of Italian politics. This fellow I can dig. With him watching over me, I feel comfortable drinking my wine. Just as when I get informed how the moderate prices on the high-qualitative wines are part of a deliberate business strategy that grapes are stomped for the people and therefore should be available for the big mass. Kosher.

This brings us to something I want to emphasize. It is the brilliant, lavish and tasty life of Italian counter-culture. The fact that wether you are a socialist, an anarcha-feminist or just an "anti-establishment punk head", you always tend to eat and drink well. Hey, in Italy even the most paranoid survivalist that drinks his own urine for breakfast understands the weight of sophisticated grub and funky wine. That's the Italians. And I have seen it all over. That perfectly excecuted porchetta in a backstreet squat in Palermo, surrounded by hundreds of unemployed Sicilian youths just forgetting the financial situation by living, dreaming and staying awake. Or the syndicalist cooperative that were touring Europe's most hedonistic techno festivals, pushing out thousands of true-napolitan pizza margheritas every day. Always with a big laugh and a fat spliff in their mouth. And I love all of this. How could I not? Who, with a sane and class-conscious mind, doesn't want to splurge in what's good in life without having to share space and air with aristocratic and elitist fools? Well, I do. Still curious about the Italian superbness of alternative life though. I guess it is a question of ridiculously good produce available for the great mass. An ancient knowledge and close relation to the land and what it has to offer. Most importantly though, it is probably a perception that good food and wine is for everyone and that there is no class contradictory shame in appreciating it.

And this is one of the true secrets of Il Vinaietto. Here I stand tall with a glass of Rosso di Montalcino in my hand while the sound of the Traffic live album Welcome to the Canteen is making a psychedelic massage in my ears. This is where I want to be. A land of perfect contrast but also a thorough lesson in simplicity. There are no pretensions running wild at this place, just a natural way of life. Like the casual stocking of boxes of wine straight on the floor. Most probably done so way before any hip wine bar thought of this as a way to express that "we got the goods but we are still street and eccentric enough to place it wherever there is no storeroom". It all just seems so evident here. Like the intellectual crowd of Romans debating such a trivial thing as the short-comings of the city's metro system as if they were all direct descendants of Cicero. Or the fact that there is only one round table inside, making it an obvious statement that wine should be drinken standing on two feet and preferably on the sidewalk outside. Who has by the way ever heard of a sitting revolutionary? But on the other hand; who actually thirsts for the ultimate social transformation when life in the capitalistic grid is this good?

Drinks? There is always at least 750 bottles of wine on site. Many are organically produced or natural. Il Vinaietto is an enoteca so if desired all wines are available to purchase and take home.

Munch? Except some chips there is not much eat. Kind of ruined my thesis about the proletarian connoisseurs of Italy? Not at all. All people interested in something to eat are recommended and welcomed to head over to the nearby splendid Antico Forno Roscioli to pick up some delicious slices of pizza. 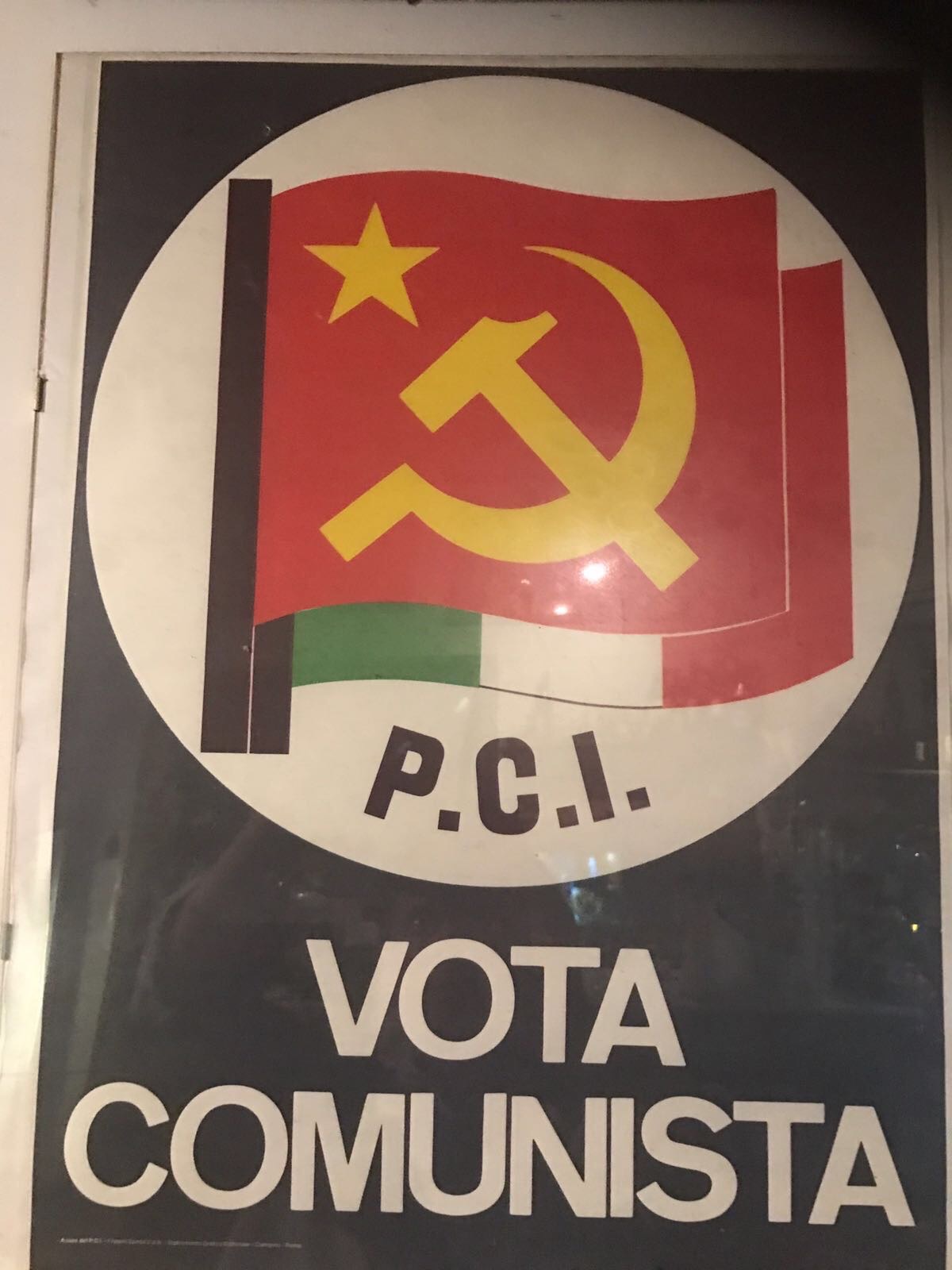