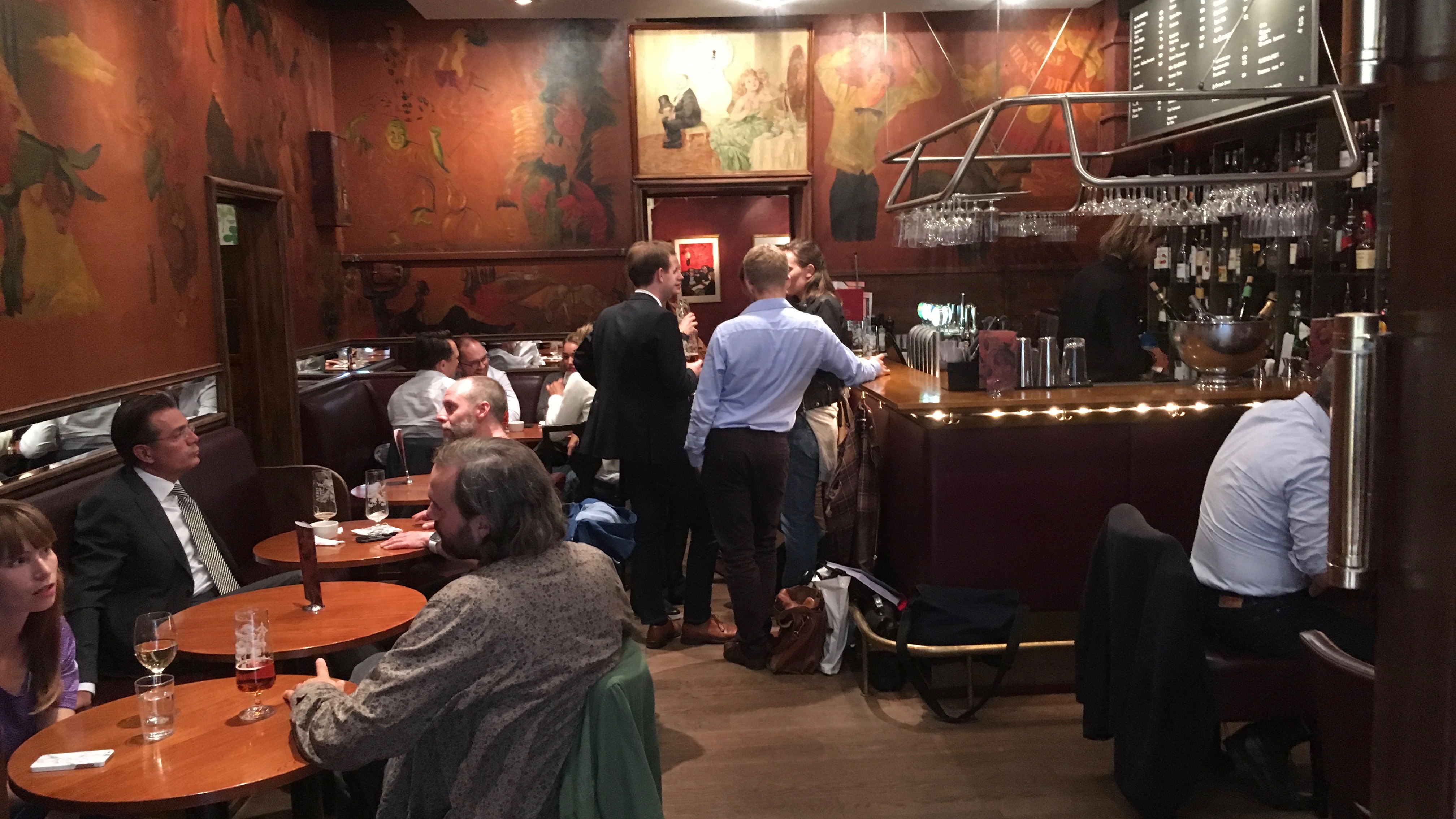 I will spit it out directly; I despise much of this city. And yes, as some people have pointed out to me, I do probably suffer from some sort of provincial little brother's complex against the capital city of my country. I am aware of this.

But considering how many ways this city really blows there cannot be any beating around the bush. Stockholm is a drag and the whole free world knows it. Between the inhumane and absurd housing market to the elitist and arrogant inner city mentality there are countless examples of why I am saying no. I'm saying no to the extremely anxious following of every god damn trend from New York City. No to the beer index which at some parts of town is higher than Willie Nelson's state of mind. No to the cold climate and I'm not talking about the weather. But also no to the weather. No to the fact that this city of more than one million inhabitants really can't provide any sort of respectable night grub. No to the king who lives here. No to his kids. No to the silly attempts of creating a grimy and spontaneous underground culture while it is straight obvious that this cannot be either bought, designed or planned for. No to the grotesque and inbred media click that is procreating it self by sucking out each others excrements. No to the estranged and paranoid weed high that I get when walking these streets. No to the career craze and all that comes with it. A big no to the collective loneliness that I encounter among so many of my friends living there and how the nature of this city is bleeding their creative, optimistic and cheerful spirits totally dried out. No, no, no!

But I am inclined to say yes as well. All is not horror and hell. For instance, in this far-stretched country of mine there is no city that can show off like Stockholm when it comes to historic bar- and restaurant venues. Gothenburg and Malmö are not even close in this matter. Stockholm has actually been successful in retaining many of its classic spots and some of them are actually listed among the oldest restaurant establishments in the world. They are perfect places to sample hearty, traditional Swedish cuisine and it is here you can really get a feel for the old time, a rarity in a country like Sweden where the manic quest for the modern lifestyle has pushed aside much of the traditional roots.

So when obliged to do my annual rounds of family representation in the barbarian north, I see these grand places as one of the few positive sides of my forced exile. They are my true saviours, my Stockholm lifelines. Konstnärsbaren, popularly shortened to KB, is a place like this. Established in 1931, it is not one of the oldest spots in town but it does have that strong sense of genuineness that makes you dream about the old days. And yes indeed, this locale has undoubtedly seen many festive occasions during the years as it has always been a central meeting point for the city's cultural establishment. As the name suggests (The Artist Bar in English) it was the hot spot for many acknowledged painters during the thirties and this is because the bar is housed in the same building as Konstnärsklubben, an art association that was founded back in 1856.

The connection to the art world has thus always been there, from the very first start. The founder of the bar, Emil Jansson, was well known in the cultural scene in Stockholm and befriended many people from that world. A couple of weeks before the opening of Konstnärsbaren he also gathered twelve of these friends (all of them recognised painters at the time) for an informal dinner at the premises. After a long, drunken supper Jansson asked his friends to come upstairs to the assembly room where he had set up a big grog table. His hopes was that his friends would put their art on the empty walls around the room. They did not disappoint him and after a long night of drinking and painting, the twelve artists had created one of Stockholm's most charming restaurant interiors. As Jansson was a smart businessman he had also brought a journalist to the event so this became big news just before the grand opening at new year's eve.

Since then KB has been a refuge for many of Sweden's most renowned cultural personalities. During the thirties this was the place where Greta Garbo went enjoying herself when making visits from the U.S. Another regular at this time was the troubadour and national icon Evert Taube, who made this to his place before he eventually became faithful to another Stockholm institution, Den Gyldene Freden. During the sixties and the seventies many of the eminent actors from the new, daring Swedish cinema also found their way here and among the faces that could be seen entering the cramped doorway were Lena Nyman, Tommy Berggren and Gösta Ekman. Along the eighties KB became associated with the new, rich yuppie scene and with its geographic position close to Norrmalmstorg it is still today a place for the fat wallets. But compared to the surrounding neighbourhood, there is a more humble flair to KB which is rooted in its bohemian and artistic legacy. And even today the cultural establishment can be spotted here, deeply involved in their drinks and the debate of today. On Thursdays, for instance, the celebrity-criminologist (yes, we actually have one of those in Sweden) Leif G.W. Persson can be seen here holding a drunken court. Thursday is by the way a classic night at KB as the Artist Association upstairs always have had their weekly meetings on this day, which in this trade is equal too heavy amounts of red wine afterwards.

Drinks? Red wine in honor to the artsy folks that once represented this bar. Swedish lager for the aristocratic, stagnant and conservative following of today. Or a glass of genever in homage of that old widower that was a regular here many years ago. Everyday he arrived at 5 PM and he always sat at the same table. To his starter he always drank a small beer and chased it with a double shot of genever, not because he liked the dutch spirit but because he wanted to honor his late wife. It was her favourite drink.

Munch? You could spend your money on the 40€ Tournedos Rossini and they would probably deliver you a solid steak. But as this is a place of Swedish tradition I do not see the reason in ordering anything else than those classic dishes that goes with the history. Start out with the S.O.S which is maybe the most Swedish dish there is. Variation of herring, bread and butter. Simple like that. At Konstnärsbaren there was once a garde-manger named Dagmar and she worked at the company from the opening in 1931 and for more than fifty years. It is her recipe of S.O.S you will try. Continue with a hearty portion of what the notoriously drunk wine expert Bengt Fritiofsson once called "the Swedish answer to the South American chorizo", the South Swedish sausage Isterband. A far-fetched comparison maybe, but still a beautiful creation. Stuffed with pork, beef, pearl barley and potatoes this classic dog is served with beetroots and stewed potatoes. 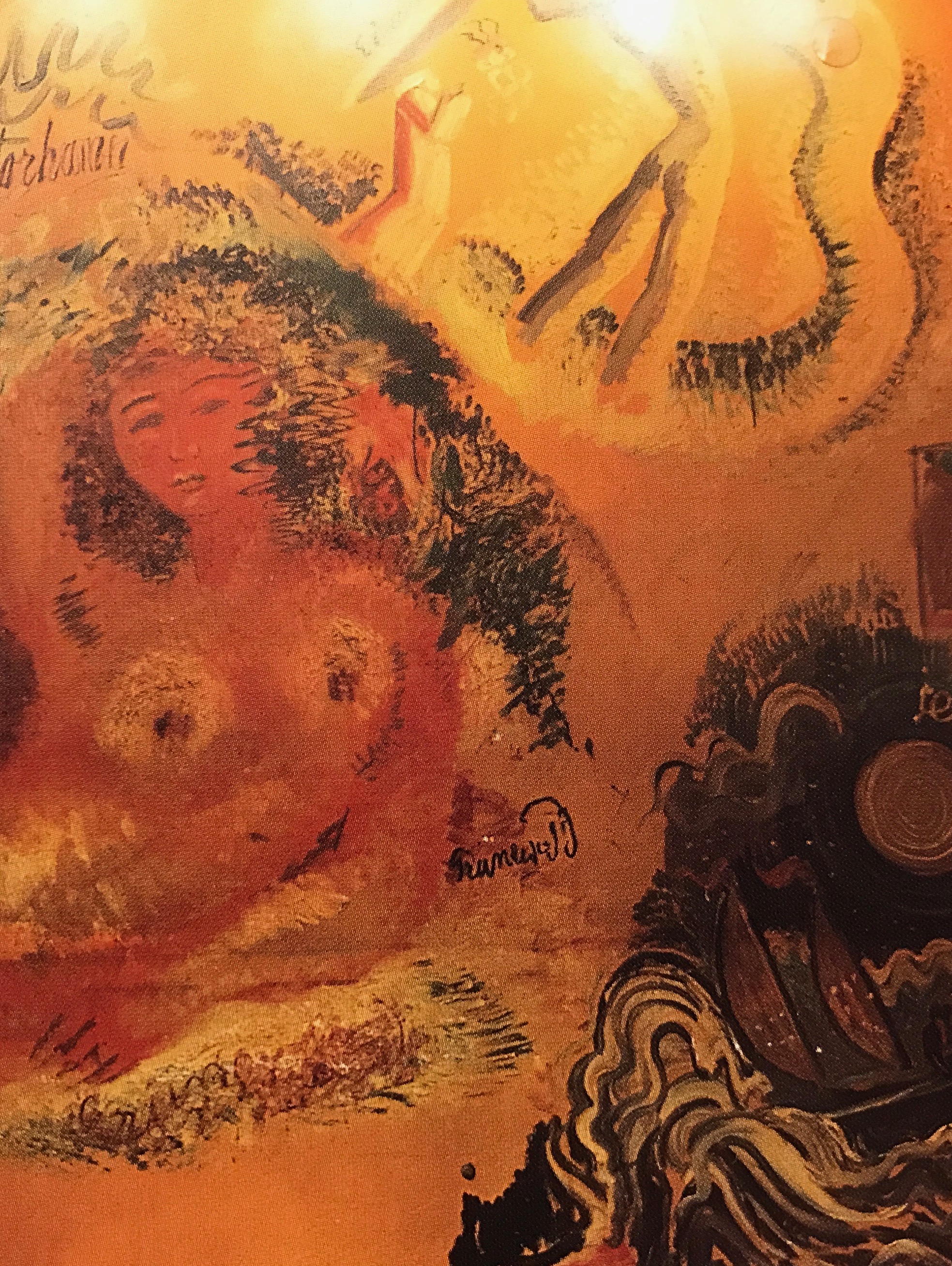