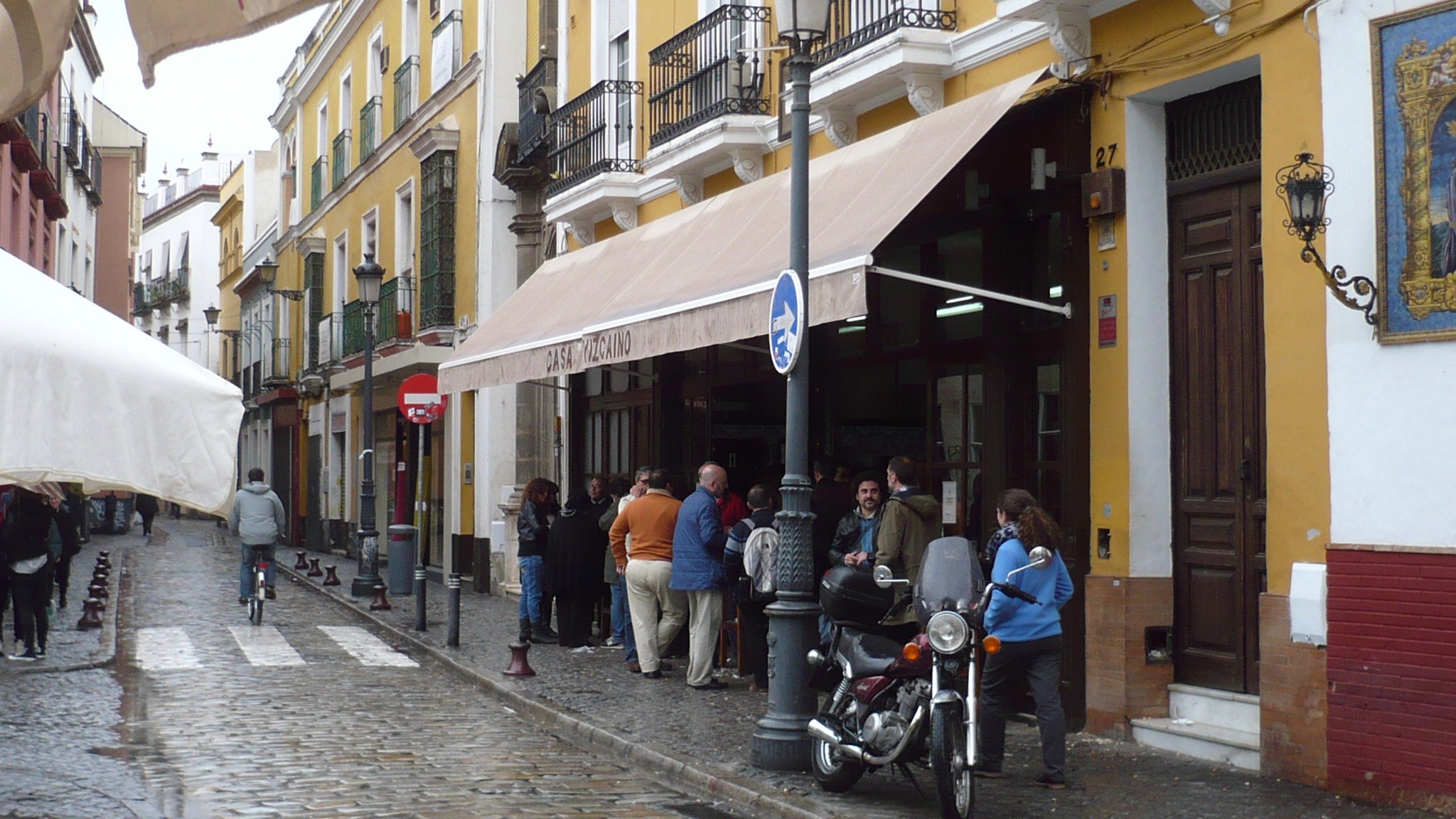 The beautiful city of Sevilla has many great tapas bars where the most amazing Andalusian food is served. This is not one of them. Casa Vizcaino has nothing of the local specialities that flourish around this food-packed city and neither will you find a wide range of the superb sherry wines that is produced in the nearby regions when coming here.

Actually, you won't find much more than a bar disk with two men behind it serving mass produced Spanish lager and cheap Manzanilla. Still, this place is one of the most beloved bars in town and Sevillanos from all classes adore this place. Aristocrats, drunks and students. Case Vizcaino lures them all.

And I believe it is the simplicity of this bar that makes it so great and therefore so easy to embrace. Ten o'clock every morning the barmen open up the doors for service and they don't close until midnight. For what I know they pour cañas all day long without any replacements and they do so pretty much everyday. A couple of hard-knocks, for sure. And they do tame an intense and constant commerce. From early opening there is an ongoing flow of small rushes that never seems to stop, no matter if it is the old borrachos getting their breakfast sip in the morning or if it is pious churchgoers in search of something strong after leaving mass at neighbouring church Capilla de Montesiòn.

What is then the story of this bar? The house of Vizcaino was founded back in 1929 but for the first five years it wasn't a bar, instead a textile factory that in 1935 was converted into a tavern. Since then it has been in the hands of the family Vizcaino, becoming the public epicentre of the barrio Feria. And not much has changed in the premises since the heydays with the charming wooden exteriors and the Moorish styled tiles beneath the counter. You just got to love the old cash register as well and how the staff writes how many beer you had with a white chaulk straight on the bar disk. That alone is a feature worth ordering another round for.

Drinks? Cañas for 1,2 €, hard to beat. Especially as Casa Vizcaino is renowned to pour the best cañas in town, according to tradition with the correct temperature and the perfect amount of foam. Beside the many barrels of vermouth, you should also come here for the Aguardiente, which is different types of hard liquor and which is usually consumed in the morning to keep a good health. Ask for the Aguardiente Casalla, a local spirit from the nearby Sierra Norte.

Munch? Here’s the deal. After your second round there is the complimentary plate of Andalusian olives (which I rank among the best) and after the third order they bring you some altramuces, which is pickled lupin beans. If you look around the floor at Casa Vizcaino you will see traces of these beans all over as all the customers throw the shells straight on the floor.

Btw! If you are in to crappy crime series you will probably recognize this bar from the British TV-serie Falcòn as they filmed some scenes at Casa Vizcaino. 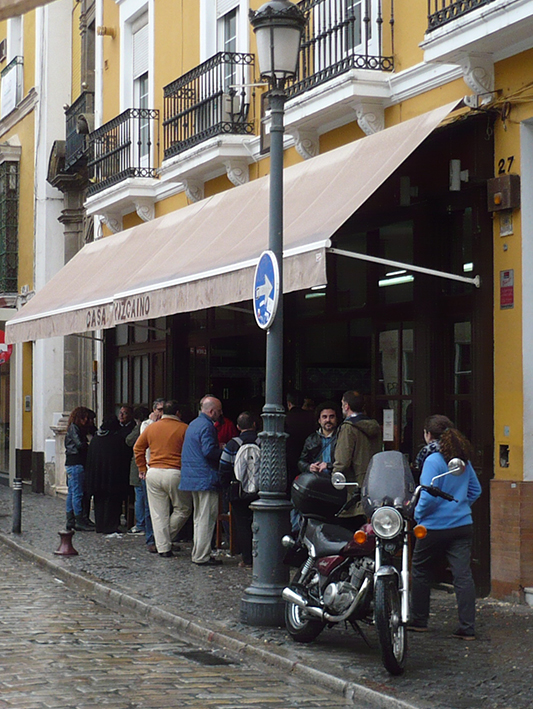