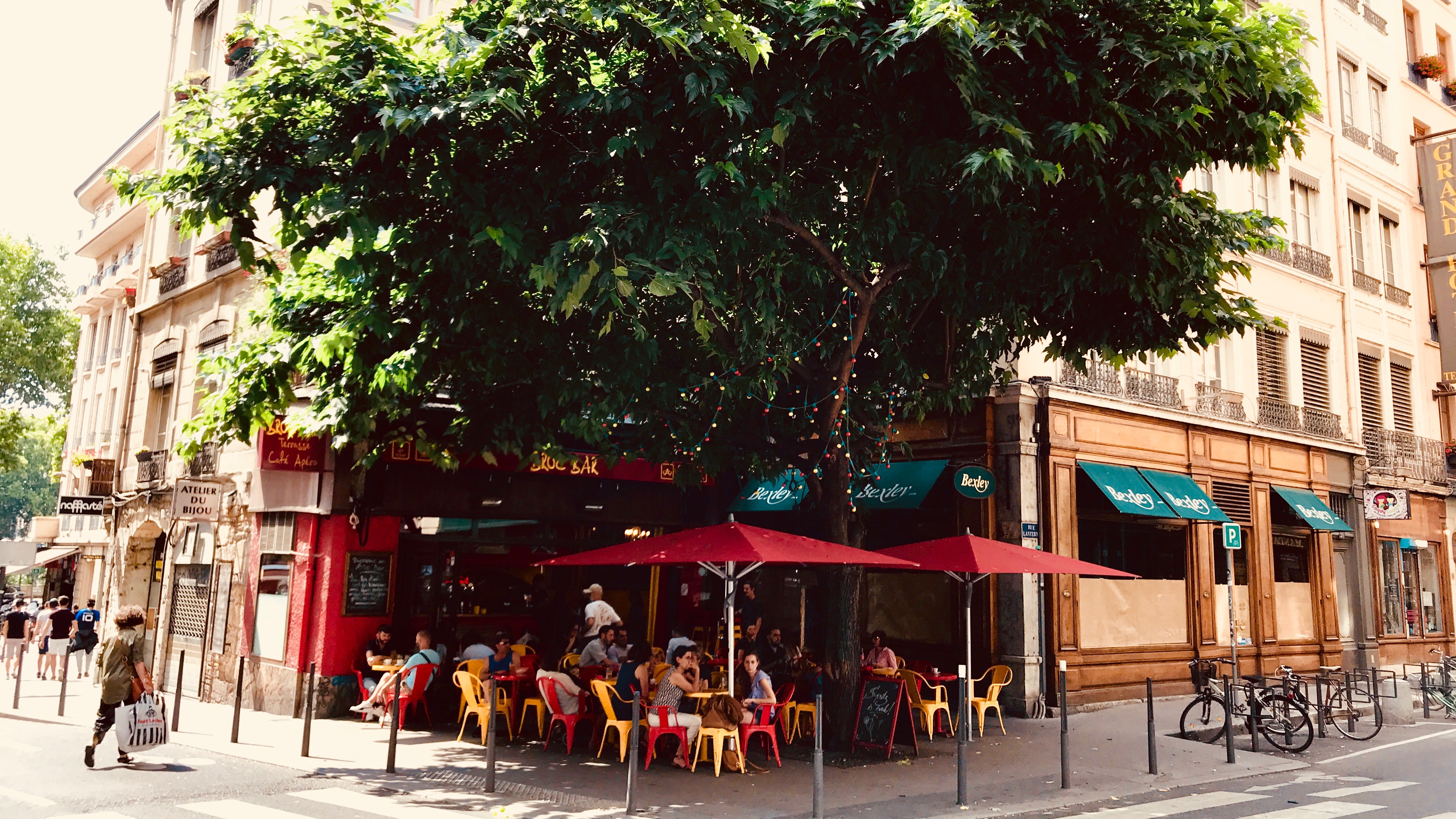 Morus alba 'Macrophylla' - White Mulberry. A central Asian specie that is perhaps best known for being one of the main characters in the production of the once sought after silk. Being the silkworms main food the white mulberry was highly planted in both Asia and Europe, even the Scandinavian countries had a short and unsuccessful history of silk production. Today the European silk industry has quieted down, but the use of Morus alba flourishes. By not only being the silkworm’s favourite dish but also a resilient specie able to handle tough urban environments, Morus alba delivers many of the ecosystem services we rely on in our cities today. For this tree in particular the most cherished contribution to city life is shade.

What do I know about trees? Nothing. I just smoke them, appreciate their total commitment to oxygen welfare and realise that many decisive moments of the progress of mankind occurred in their presence. Buddhistic enlightenment. Newtonian apples. That fatal afternoon back in 1995 when I, alone in a tree house, had the pleasure of understanding the pleasure of pleasuring oneself. Indeed these plants seem to extract each man’s full potential, both high and low. But do we know anything about trees? Probably not much. At least I don’t, I know nothing about trees. But my friend Patrick Bellan does. He is the one who wrote the ingress to this article. He is a tree expert in the sense that he teaches about trees and writes books about trees. He basically does with trees what I do with bars, except he gets paid for it and is generally admired for his contributions to his field.

So, I know a tree-hugging academic? How is this even relevant? Isn’t this whole whiskey writing venture supposed to deal with street credible observations of down-and-out dive bars and the stiff drinks they serve while still clearly being a penned symptom of age paranoia and male insecureness? Well of course. It is all that added with an unhealthy dose of absent-minded nostalgia. Still, I am positive that trees and bars have more in common than they may appear to have at first glance. In fact, for me to even delve into the existence of the endearing bar lyonnais that is set out for investigation in this article, a crossbreeding between the two spheres of nature and culture is nothing but necessary. Because located as it is between the banks of Saône and the Musée des Beaux-Arts, the pleasant drinking nest Broc’Bar is actually nothing without the remarkable white mulberry tree that stands tall in front of it. It is very much the tree that makes the bar.

In what follows, I will argue my case. Broc’Bar is in itself not an extraordinary bar that calls out the disproportionate and kinky yearnings of a depraved aficionado. Absent is the sovereign craftsmanship that can turn any modest stucco into a relic of worship and so appears every sign of eccentric ownership to be missing. It is quite a scandal but the people behind Broc’Bar seems alarmingly well-adjusted to society. How dare they? Neither does this place seem to hold many notable references to popular culture. I dare to guess that nobody from the Hollywood Vampires Club ever got thrown out of this bar. Perhaps the son of Lyon, Jean Michel Jarre, once stopped by for a morning coffee but behind the gigantic synthesisers and the hypnotising laser harp, does he even exist? I believe not.

No, it is undoubtedly the tree that makes the bar. Of course, the bar has on its own a range of memorable traits such as the red and yellow palette that sweeps through everything from the logo to the outside chairs and tables in steel. The sceptic would perhaps relate this color combination to a handful of disgraceful burger franchises but the persuaded one (that being me) would hold on to this as something warm and immutable. In some weird way it brings me back to grammar school and the illustrative photos of French life as they were depicted in the worn-out language text books in which I was forced to immerse my pubertal mind. It is nineties retro power all the way. And how about Broc’Bar’s vague demarcation of inside and out? This is another captivating feature. With basically just one meter from counter to concrete the occurrence of warm weather makes for an intense and challenging experience of space. This is so emblematic in a way because it is as if you can actually sip your drink at the bar but almost stand beneath the outside tree. Yes, the tree. White mulberry.

Again, it is unmistakably the tree that makes the bar. This is the third time I am mentioning this and this time around I am determined in getting to point. The tree is beautiful. The tree is one of a kind. Nestled in one of the small corners of a peaceful crossing in the 1st arrondissement, it is probably one of the greatest sights of Lyon. Grand and monumental at first acquaintance, only to appear as wistful and longing at the second. And it is this tree that people cherish and consequently cherish the bar for. Beneath the wide, green leafs that hangs down over the tables, that’s where city life encircles. Between the reading of newspapers to the endless rituals of cigarette rolling, it is beneath this tree that young people fall in love, those nineteen year old naive sweethearts who have no idea how many empty mercy fucks and cold relations their predictable life paths will eventually take them one day. If that moment of purity beneath the tree isn't a thing of beauty then I don't know what is.

But if it is the tree that makes the bar then I have to ask; who made the tree? C'est évidemment l’humanité! Sometime during the last century or so there were of course people that decided to plant this tree at this specific spot and from that point on the tree became both a product of mankind but also its protégé. It is us that are guarding the tree’s destiny, it is us that are praising its presence. And in cold and weary January, when the white mulberry tree is painfully scarred by the terrors of winter and looks more washed-out than Nick Nolte after a bad streak on GHB, it is us that be giving it warmth and it is us that be decorating its naked branches in colourful lighting. Or should I perhaps clarify this “us” as the owners and patrons of Broc’Bar, the white mulberry’s steadfast neighbour? Probably. Because no matter the splendour that the tree’s existence may shed to the bar, it is still nothing but a lonely plant if it wasn't for the crowd of drinkers that populates its nearest realm. It is the crowd that gives the tree attention, purpose and a buzzed sensation of companionship. A bit like a marriage, this reliance between them two. Nature and culture. Or to enter the world of my tree-doctor to a friend, the term mutualistic symbiosis may be more in place. It is not a parasitical relationship as it benefits both. The bar and the tree goes hand in hand. It is “the living together of unlike organisms” as the famous botanist Heinrich Anton de Bary once wrote.

Munch? Plates of saucisson to order. On Wednesdays nights they are living it up with oysters and seafood. 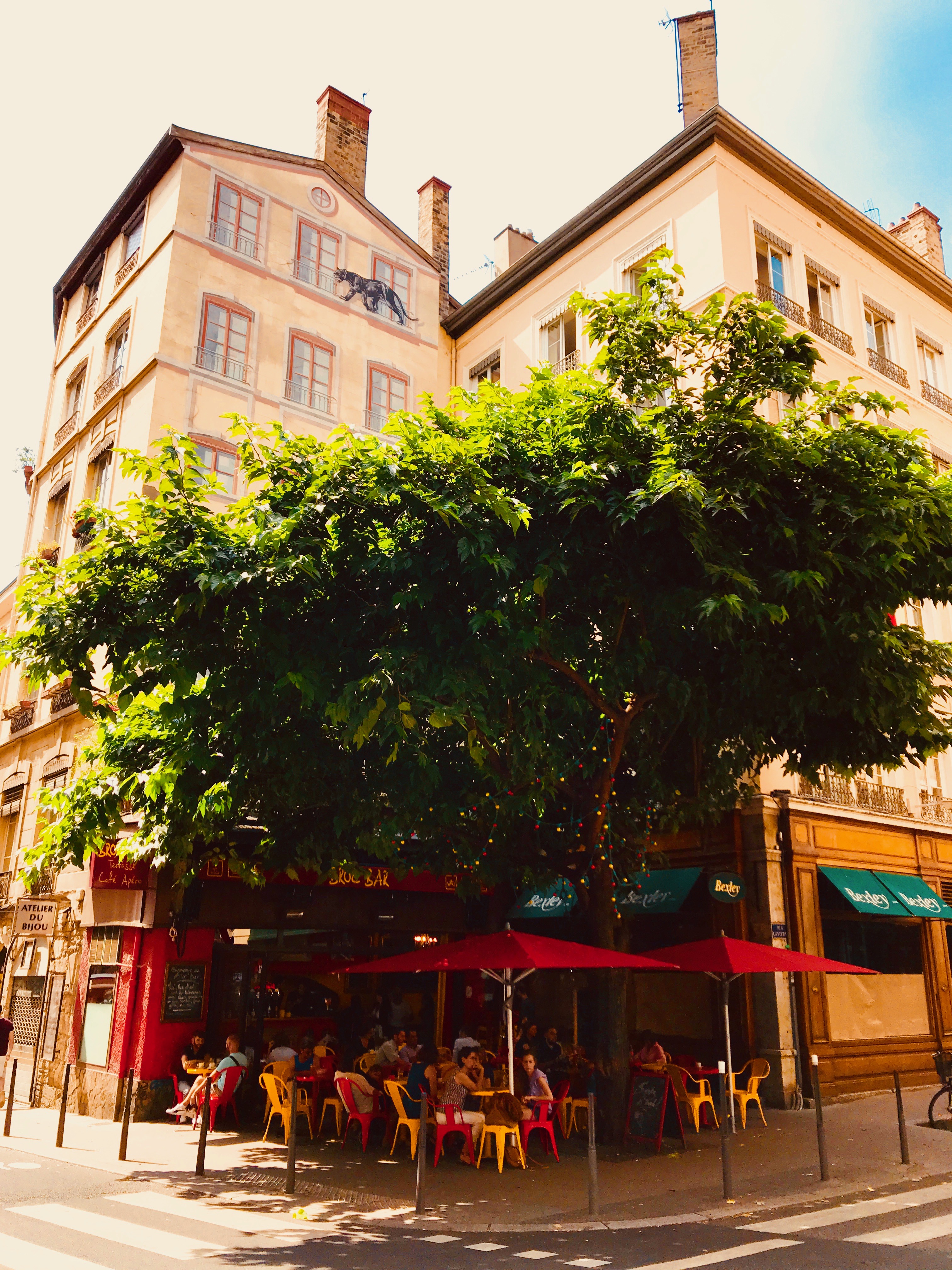