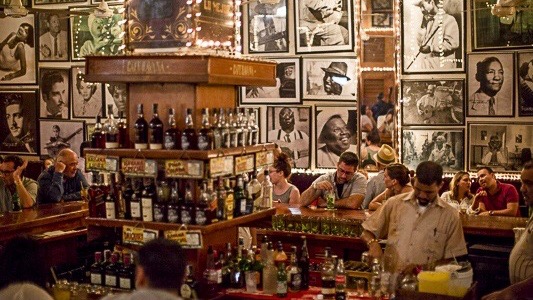 Since I visited this bar it has become world famous. Back in then in 2009, it had only been opened for three years and was one of the cultural spots that paved way for the awakening of the charismatic but dodgy neighbourhood of Getsemani.

Situated just outside the old town in Cartagena, this area has gone from troubled to chic in just a couple of years and is today one of the hottest art spots all over Latin America.

Back in 2009 it was different. There was of course the occasional backpackers finding their way here but it was more for the cheap living than for the cultural selection being offered. Looking back to it, I count myself as one of those naive and drug romantic 20-year-olds who had watched Blow one too many times and who thought that experiencing Latin America was all about staying awake as long as possible, babbling with fellow travellers from exactly the same socioeconomic backgrounds. "Hey where you from?", "Yeah we have that as well in our country" and all that gibberish. With this being said, Café Havana really made an impression on me. Even though the streets of Getsemani was flooded by cocaine, hookers and scams, this bar was a shelter for the positive of life. Always packed, the horseshoe shaped bar (and how I love those horseshoe shaped bars!) was always filled with a convivial athmosphere that really took out the best of people. Polite and respectful manners were the device as mojitos were flowing and the god gifted salseros were entertaining the dancing crowd. Even though the bar only had been in business for three years at the time, it felt like it had been welcoming patrons for decades as the high ceiling and the classic setting had you thinking of one of those old time venues from the fifties. Hemingway would approved!

So, what is the story about this bar being world famous? Even though both Café Havana and Getsemani has developed during a longer period of time, there is still one night that changed the game. It was in 2012 when Hillary Clinton, then U.S Secretary of State and in Colombia for the Summit of Americas, went for a late night party at this bar. Blowing of steam with her colleagues after a long day of diplomatic affairs, Clinton was filmed dancing and drinking until the wee hours, something that made the headlines all over the world. As one of the sticking points of the summits had been focused around the US decades old isolation of Cuba, many raised their eyebrows as Clinton were tearing up the dance floor at a Cuban themed bar. For others it meant a new, more casual view of the former First Lady as she kicked back, drinking beers straight from the bottle at this eclectic neighbourhood. For Café Havana (and of course the whole neighbourhood) it was of course a marketing success and ever since you can't google its name without coming across the politician's name.

Drinks? Do like Hillary and go for an Aguila straight from the bottle!

Munch? Where there is salsa, there is peanuts! No honestly, save your pesos and head up to Malagana Café instead. It is two blocks away and they will get you ready for a long night at the Havana. Roof top, margaritas and fresh ceviche. Family owned. 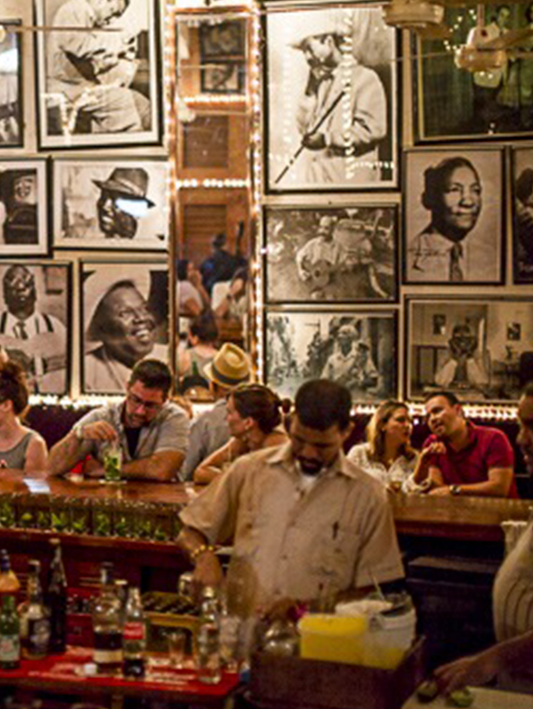