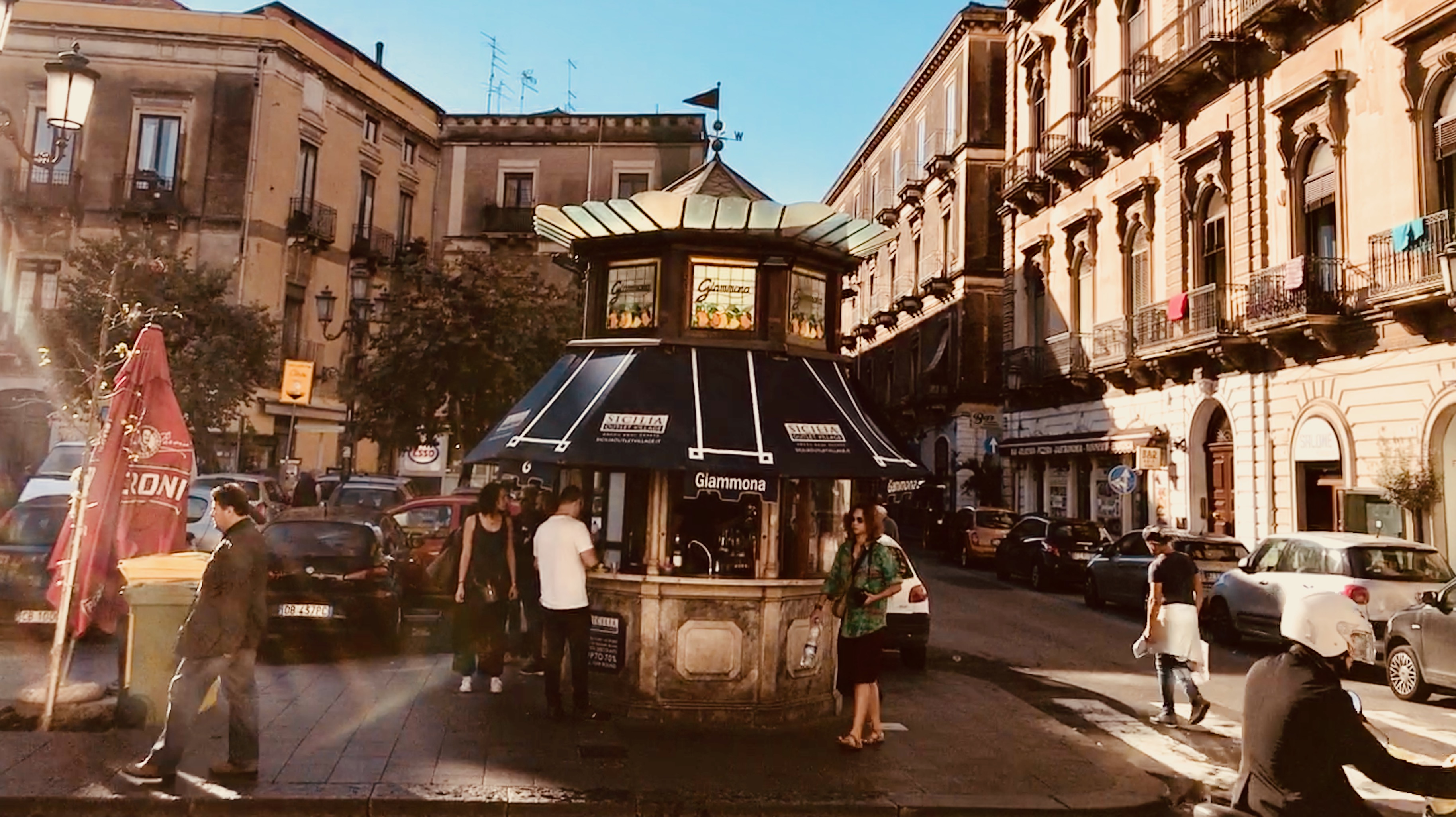 What do I know about kiosks? Next to nothing. Everything from the obscure demarcation of how a kiosk can really be defined to the blatant fact that the whole world seems to care a fat lot about it, I really know nothing about kiosks.

Someone ought to write a blog about kiosks. Overambitious and dreadfully longwinded, it could be a journey through the one thousand most fascinating destinations of this kind and it could be titled something like “A man stood outside a kiosk eating hotdogs or reading newspapers in the rain”. This venture I would definitely follow. And appreciate for the cultural value that it would bring to the world. Because if there is one thing true about kiosks, then it is the lonely notion of their overlooked existence and the vacuum of information around this topic. A bit surprised I do have to admit that I get as I throw myself out in that interconnected knowledge bank that we so comfortably have come to rely on for everything we want to know. It is a world wide nothing of kiosks. Sure, the mandatory Wikipedia page makes a poor effort of cataloguing the kiosk phenomenon on its own flat and timid way but besides that; next to nothing. And this goes for the literary world in general as well. The great and irrelevant biography of kiosks is still to be told. And in a bizarre book industry where such obscure writing ventures like ´Toilet Paper Origami’ and ‘The Jewish-Japanese Sex and Cook Book and How to Raise Wolves’ amazingly enough were justified to be put in print, I find the absence of kioskology as rather strange.

So I ask the following. Are they perhaps too close to mind? Could it be that kiosks are so deeply embedded in our everyday imagination that they anonymously just pass through our attention and become lorn orphans of cultural life? This could be the case. Just consider how frequently they pop up around us, always in unique and various shapes while providing us with different services that we really can’t live without. Beverages, newspapers, metro tickets and food on the run. The list of needs that can be satisfied at a kiosk is longer than the queue to a lunch rushing hot dog vendor on 42th street called Vinny or Al. It’s long. And because of this ambiguous nature, the kiosk have ended up in a definitional fog where it can be many different things on many different places at once. Etymologically, it saw daylight during the Muslim Seljuk dynasty where it served as a small building attached to the main mosque, which consisted of a domed hall with open arched sides. Eventually, European monarchs adopted the building type as they constructed garden pavilions and from there and into modernity the kiosk became a recurrent staple of urban life, although always expressed in different ways. Today the kiosk sees many faces. Art Nouveau newspaper stands in Madrid. Swedish late night sausage stands that also dispensed condoms for rendez-vous sinners back in the day. Then there are the soviet beer kiosks. The German cigarette shops. Information booths in parks all over the world. And the telephone kiosk, although nearly extinct today. Nowadays, we instead talk about the kiosk as something of a self-service thing, like interactive computer terminals on airports, food courts and shopping malls. Today, even faceless technology has hijacked the kiosk.

On Sicily they know their kiosks. In fact, the Sicilians cherish their kiosks and they turn them in to a thing of art. Perhaps nowhere else, do people put the kiosk on a pedestal like here. Especially in the city of Catania where kiosks are as vital to local life as horse meat butchers, the famous Ballaro market and slabs of pasta with eggplants and ricotta cheese. Considering the early muslim impact on kiosk history, one may feel tempted to associate this Sicilian fervour for kiosks as part of the influence that muslim culture has had on this island at large, but this is probably a bit too far-fetched. The first Catanese ´chioschos´ hail from the late 1800s and more than anything else they represent a burgeoning sense of Sicilian urbanity as it was inspired by the Western ideals at the time. Such as Chiosco Giammuna from 1896 - one of the finest kiosk examples to be found.

So, what is the procedure? How is this small, round watering hole on Piazza Vittorio Emanuele experienced the best way? Obviously on the go. From morning till late, this freestanding tiny tower may not occupy a lot of space but it does so with the time and affection of many bypassers coming this way, no matter if they are here for a forty seconds express shot of caffeine or sipping Peronis while wasting away hot summer nights with old friends. Most symbolical is however the order of Seltz, limone e sale; that Sicilian trademark and rejuvenating refresher that could bring both Jesus and Elvis back to life. Henry Kissinger for that matter as well although that old evil coot is technically still alive. Mea culpa. And excuse me as I romanticise the worn out marble counter that has, because of years of acidic wear and tear from the carbonated water dispenser, entered a diffused patina condition that resembles the odd marriage between the lava stained slopes of Mount Etna and a Venice Beach skate bowl. Picture that. And please picture this beautiful but rather unknown square - Piazza Umberto -as it is seen from this corner where Giammona resides. It is a colourful baroque beauty with ancient balconies in the background. It makes quite a scene for a drink.

So what do I really know about kiosks? Now a bit more than before. I know that the kiosk often falls under the radar and that it is a hard thing to classify. This is a trait that the kiosk shares with the bar. They are both overlooked expressions of the modern world and being so we don't really know how to grasp their essence. Diffused and scattered, they are something like taxonomic problem kids. If spending a bit more time at a gin palace than on the Galapagos, Charles Darwin would have gone bananas trying to put them both in systematic order. With this being said, it is obvious that the kiosk, when it offers drinks, can be seen as a subcategory within the family tree of bars. Quite neat as well, this open air drinking service. Especially the Sicilian ones. Like the gloried Giammona. But how do we really determine this distinction of kinship? Well, I believe it is wisely put in the manifesto of this web domain. ‘There should be a bar counter. On one side there should be someone tending the bar. On the other side there will be me’. From where I am drinking in this city I guess I am glad to be me. 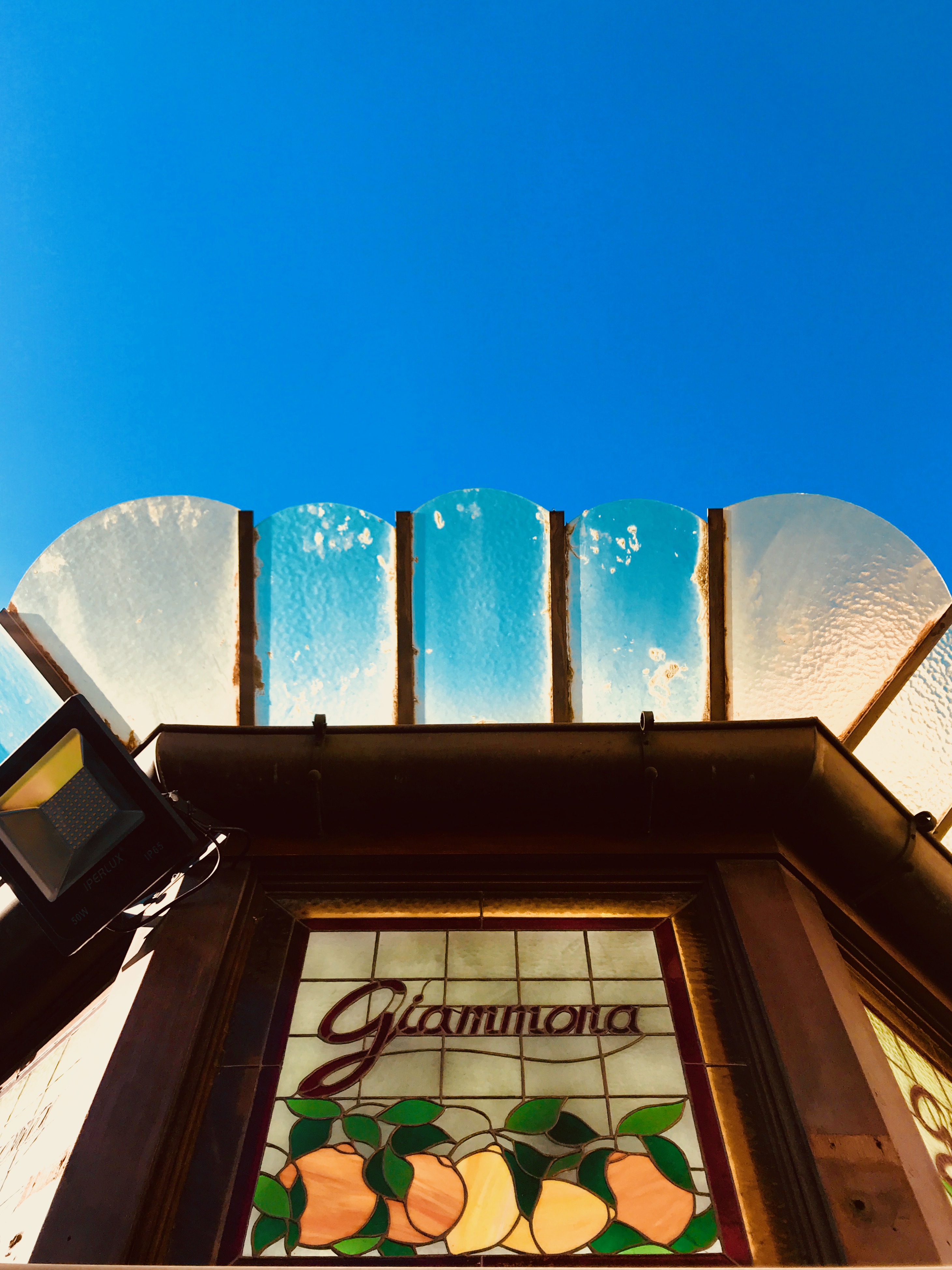